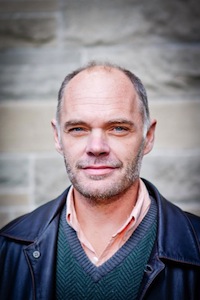 Bio: Sean J. McGrath researches and teaches in the areas of metaphysics, classical German philosophy (Kant to Heidegger), phenomenology and hermeneutics, and psychoanalysis. After graduate work at the University of Toronto in both theology and philosophy, he graduated in 2002 with a dissertation in philosophy supervised by Graeme Nicholson, later published as The Early Heidegger and Medieval Philosophy: Phenomenology for the Godforsaken (Catholic University of America Press, 2006, reprinted 2013). In 2008 he published a second book, Heidegger: A (Very) Critical Introduction (Eerdmans), which was commissioned by the Centre for Theology and Philosophy at the University of Nottingham. That same year he was awarded a Humboldt Fellowship for two years of research in Germany on the topic of the historical and systematic connections between psychoanalysis and German Idealism. The fruit of that research was published in 2012 as The Dark Ground of Spirit: Schelling and the Unconscious (Routledge). He is the co-editor of A Companion to Heidegger’s Phenomenology of Religious Life (Rodopi, 2010) and the editor of Analecta Hermeneutica, an annual journal on philosophical hermeneutics and related fields. He serves as the co-chair of the North American Schelling Society (which he founded with Jason Wirth in 2011) and a member of the executive committee of the Canadian Society for Continental Philosophy.