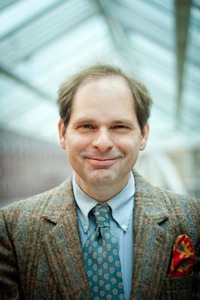 Ph.D (University of Illnois at Urbana-Champaign)

Bio: James Scott Johnston is Jointly Appointed Associate Professor, Faculty of Education and Dept. of Philosophy, Memorial University of Newfoundland, Canada. He has published recently in journals such as the Transactions of the Charles S. Peirce Society, Educational Theory, Educational Studies, Studies in Philosophy and Education, and the Journal of Philosophy of Education. He has single-authored three published books: Inquiry and Education: John Dewey and the Quest for Democracy (2006); Regaining Consciousness: Self-Consciousness and Self-Cultivation from 1781-Present (2008); Deweyan Inquiry: from Educational Theory to Practice (2009); and co-authored Democracy and the Intersection of Religion and Tradition: the Reading of John Dewey’s Understanding of Democracy and Education (with R. Bruno-Jofre, G. Jover Olmeda, and D. Troehler) (2010). His most recent book is entitled Dewey’s Earlier Logical Theory, which is scheduled for release spring, 2014. He is currently editing a book with R. Bruno-Jofre, Teacher Education in a Transnational World, to be published in 2015.