Ryan’s Fancy: What a Time! Vol. 2 (2017) features 22 digitized and remastered recordings of songs from the vast repertoire of renowned Irish-Newfoundland band Ryan’s Fancy.

The group laid the foundation for a new generation of traditional musicians and brought Newfoundland music to national and international audiences.

Order your copy of What a Time! Vol. 2 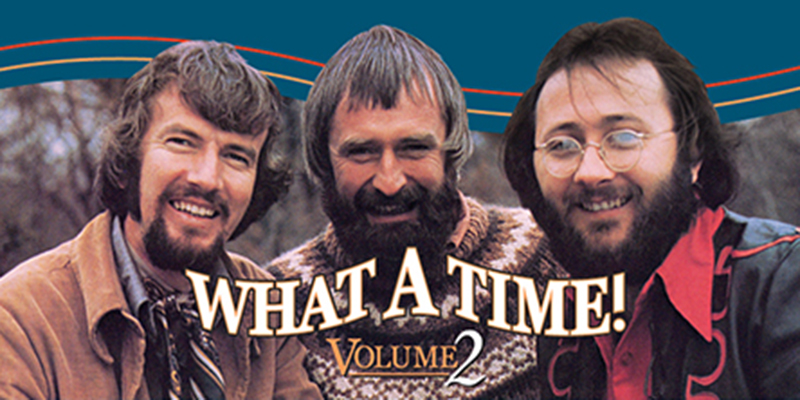 Where the Mulcair River Flows

Praise for What a Time! Vol. 2

“The Irish, English, Scottish, and Newfoundland traditional and contemporary folk songs performed by Ryan’s Fancy became part of the cultural fabric of [Atlantic Canada] in the 1970s and 1980s. This CD not only helps preserve that legacy, but also introduces the group to a new generation of traditional music fans.”

Read a feature article about this project in the Memorial University Gazette.

What a Time! Vol. 2 is a coproduction of MMaP and SingSong Inc. It is a follow-up to What a Time! A Forty Year Celebration (2011), a two-CD set released to mark Ryan’s Fancy’s fortieth anniversary.

You may also like: Saturday Night Jamboree | Work Work Work