Also available in French under the title  Soufflets et archets.

Bellows and Bows: Historic Recordings of Traditional Fiddle and Accordion Music from across Canada (2012) is a wide-ranging audio survey that includes examples from every Canadian province and territory.

This two-CD set features historically significant tracks from archival and personal collections, as well as early commercial recordings. The accompanying 160-page book explores the social and historical contexts of the music.

Bellows and Bows showcases the virtuosity and creativity of the unsung heroes of fiddle and accordion music in Canada, past and present.

Order your copy of Bellows and Bows 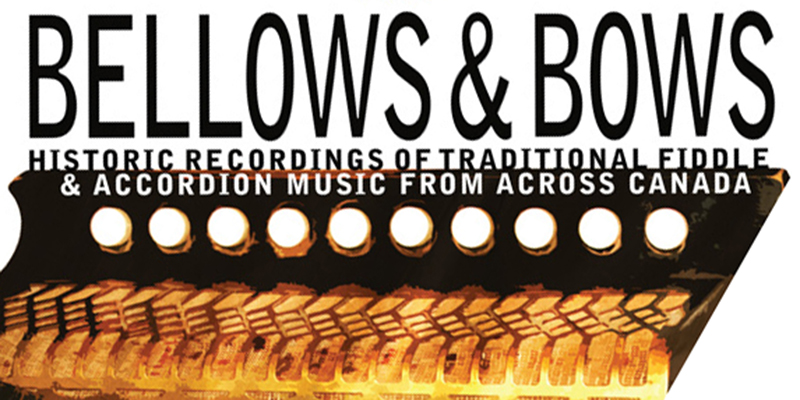 Praise for Bellows and Bows

“An admirable introduction to the wealth of traditional instrumental music that Canada has to offer.”

“With its breadth of coverage, the anthology would be a great library addition for anyone interested in traditional music.”

“A very important supplement for active folk music scholars . . . [and] a useful starting point for those just beginning to explore these vibrant musical traditions.”

Bellows and Bows is produced by Dr. Sherry Johnson for the Back on Track series.