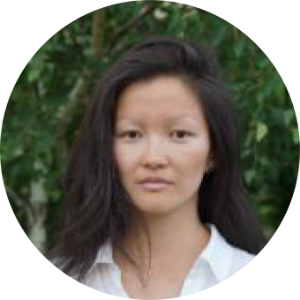 Cross-Appointment with School of Arctic and Subarctic Studies

Daria Boltokova is Assistant Professor of Anthropology at Memorial University of Newfoundland. Her research and teaching interests are in linguistic and sociocultural anthropology, with a special focus on language revitalization, Indigenous self-governance, and youth activism. An Indigenous Sakha originally from a small community in Northeastern Russia, Dr. Boltokova completed her B.A. in St. Petersburg before receiving two MAs and a PhD from the University of British Columbia. She joined Memorial University in 2022, after spending three years as a doctoral research fellow at the Davis Center for Russian and Eurasian Studies, Harvard University, and two years as a postdoctoral scholar in the Department of Linguistics at the University of Chicago.

Dr. Boltokova is currently studying the intergenerational transmission of linguistic and cultural practices within northern Indigenous communities. Her first book, tentatively titled Baahynajdyy (“Mixed”), explores the contentious history of Sakha linguistic and cultural loss, revival, and change in the post-Soviet era. Drawing from extensive ethnographic fieldwork, the book traces contrasting beliefs about the Sakha language across four generations of Sakha, their conflicting understandings of Sakha identity, and its impact on the Sakha decolonization movement. Dr. Boltokova’s own activism focuses on youth language revitalization, and she is currently leading a new Indigenous media project in Yakutsk to support young Sakha language learners. She has also worked extensively with the Dene Tha and Kaska communities in Northern Canada on issues of youth engagement, language documentation, and the adoption of new technologies such as online talking dictionaries to support ongoing Indigenous language revitalization projects. Dr. Boltokova has been the recipient of numerous awards and grants for her work, including from the Wenner-Gren Foundation, the Open Society Foundations, and the Smithsonian Center for Folklife and Cultural Heritage