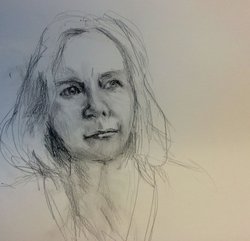 I am beginning a new novel, set in contemporary St. John’s, exploring Newfoundland’s boom and bust oil economy as it touches down in the lives of people in a downtown neighbourhood caught in the grip of poverty and violence.

I frequently give talks, speak on panels, and give readings at literary festivals, libraries, high schools, and universities across Canada and abroad.