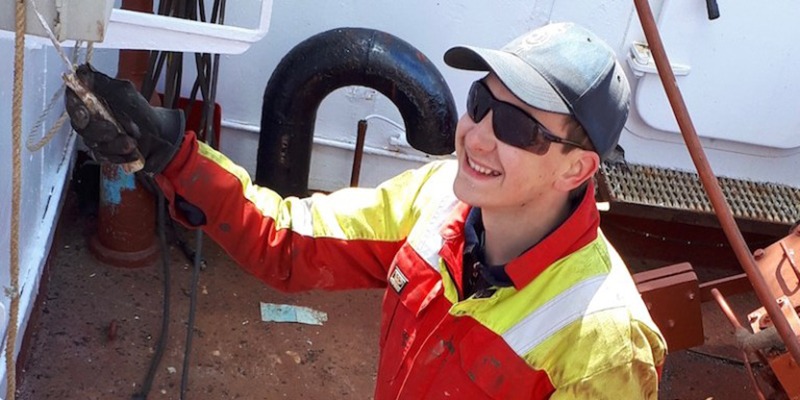 Lt.-Cmdr. Anthony Green Ayre dedicated his life to land, sea and business in Newfoundland and Labrador.

At Memorial University, he is best known for his generosity and dedication to education.

Born in St. John’s in 1916, he started his career in Newfoundland and Labrador, operating a dairy farm in 1937 until the beginning of the Second World War when he joined the Royal Canadian Navy. He served on both Canadian coasts and, at the end of the war, held the rank of lieutenant-commander.

After the war, Lt.-Cmdr. Ayre became the commanding officer of the Memorial University of Newfoundland Naval Training Division, an entity established by Canadian universities and the naval reserve to increase the number of formally trained officers entering the Royal Canadian Navy. In 1950, he became chief of naval staff in Newfoundland and Labrador for two years and continued to serve as area officer of the sea cadets of Newfoundland and Labrador until 1955.

Lt.-Cmdr. Ayre was dedicated to his community and served as director of the John Howard Society. He was also a member of the Newfoundland Labour Relations Board and served as chairman of the Public Libraries Board. He was awarded the Order of the British Empire in 1976 for services to British commercial interests in Newfoundland and Labrador.

Frank Fowler is a retired lawyer with Benson Buffett PLC Inc. and the executor of Lt.-Cmdr. Ayre’s estate. He recalls the first time he met “Tony” when he joined the Crow’s Nest Officers’ Club in the early 1970s.

“He promoted the sea cadet movement for youth and was a lifelong and active member of the Canadian Legion, which included serving until his final year in the Last Post Fund of the Legion, to ensure a fitting burial and headstone for all deceased veterans,” Mr. Fowler said. “In later years, I became Tony’s lawyer and can safely say I never heard him say a bad word about anyone. Indeed, he was kind and generous to everyone he encountered.”

His love of the sea and experience in naval training led naturally to an interest in the Fisheries and Marine Institute of Memorial University, where he left an estate gift after his death in 2010.

The Lieutenant Commander (Retired) Anthony Green Ayre Bursary is awarded annually to full-time students, with priority given to those registered in the bachelor of maritime studies program or the bridge watch technical certificate.

Brandon Small is a recent graduate from the Marine Institute.

He received the Ayre bursary in the winter of 2017 and then went on to complete his bridge watch technical certificate after completing a work term with Atlantic Towing.

The Clarke’s Beach native was a perfect candidate for the bursary, not only for his technical qualifications, but also because he shares Lt.-Cmdr. Ayre’s interests and strong work ethic.

“I decided to come to Memorial as a student to pursue a career in a marine trade, as most of my previous endeavours have been related to a marine experience,” said Mr. Small.

“My work term with Atlantic Towing was very enjoyable. Every day I learned something new and being able to participate in the Hebron tug-out was the opportunity of a lifetime.”

Mr. Small, like Lt.-Cmdr. Ayre, was also involved in the Royal Canadian sea cadets. At the 39th annual ceremonial review in 2017, Mr. Small, the top-ranking member of the corps, earned officers’ choice and cadet choice — two of the highest awards presented at the review.

One generation to another

Today, Mr. Small is working as a deckhand with the Canadian Coast Guard, primarily stationed in the Atlantic region.

He was hired shortly after graduation due to his success in his program, a great attitude and some assistance from Lt.-Cmdr. Ayre’s bursary. He looks forward to a future in the marine industry.

“I think it’s important to give to Memorial because it gives individuals a step forward in their career,” said Mr. Small.

“The Ayre bursary helped me with the costs of my program and showed me that hard work and dedication really pay off. I believe that giving in this way makes such a positive impact on the next generation.”