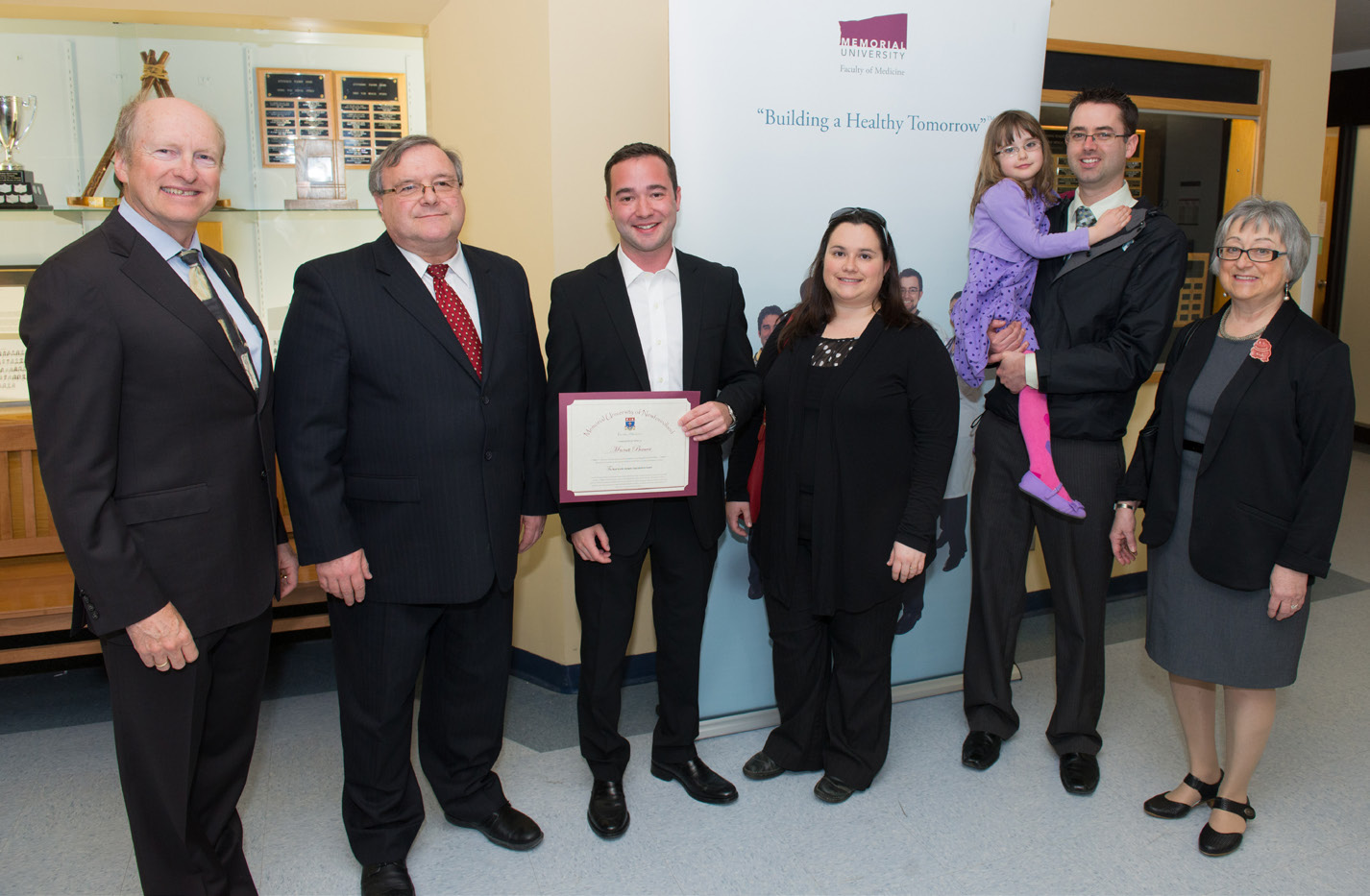 On April 24, 2014, the very first Noah Award (the Noah Scholarship) was presented to Mitchell Browne (third from left) by Noah's family and Dean of Medicine, Dr. James Rourke, at a ceremony held in the foyer of MUN’s medical school.

Mitchell is a third-year medical student whose application for the award struck a chord with the adjudication committee and Noah’s family both in terms of his personality and academic performance. For Noah’s family it was important that these awards be given to someone who has succeeded through hard work and perseverance, while displaying humility and gentleness of character.