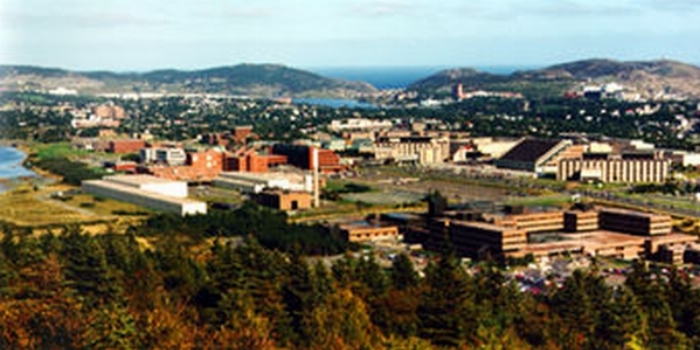 Economic restraint was a dominant theme during the 1980s at Memorial as the province experienced a downturn in its economy, while pressures on the university grew as student enrolment continued to rise sharply. Between 1978 and 1991 the student enrolment nearly doubled from 9,000 to 18,000 students. The university added extra classrooms and teaching staff to meet this growth as it managed this growth with declining annual grants from the government.

However, some new programs were added, including women's studies and pharmacy. A master's degree program was instituted in toxicology, as well as master's and doctoral degrees in food science. The department of music, established in 1975, was elevated to the status of a school in 1985. The Centre for Earth Resources Research (CERR) was set up in 1983 to co-ordinate and geological study.

Fisheries research was further enhanced with the creation in 1986 of the Canadian Centre for International Fisheries Training and Development to provide and co-ordinate Canadian assistance to developing countries. In 1985 the National Research Council of Canada established the research facility, the Institute for Marine Dynamics, on the campus. The university's Seabright Corporation was set up in 1986 to stimulate economic development by a transfer of expertise in development to the private sector.