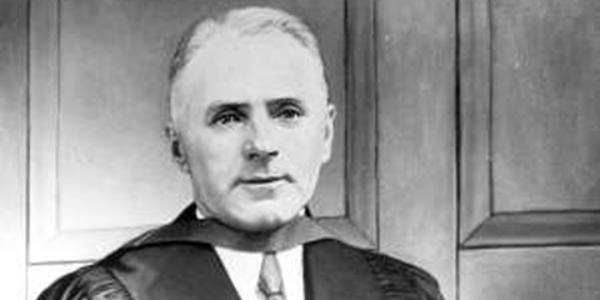 Albert George Hatcher was born at Moreton's Harbour, Notre Dame Bay, where his father was minister of the Methodist Church. He showed his intellectual power and capacity for study as a boy at the Methodist College in St. John's and if you look on the honours board in the Pitts Memorial Hall you will see in the list of Senior Jubilee Scholars the name of Albert George Hatcher. At McGill University, where he took his Bachelor's and Master's degrees, he distinguished himself particularly in Mathematics and won the Anne Molson Medal. He adopted university teaching as a profession and mathematics as the subject of his chief interest.

He had been on the faculty of Bishop's College, Lennoxville, and a professor in the Royal Canadian Navy. This association with the Navy was a source of great pride to him and one of his most cherished memories. He looked upon his experiences in the Navy as one of the chief formative influences in his life. In 1925, Mr. Hatcher joined the teaching staff of the Memorial University College, then about to open its doors. Those of the present faculty who were students or teachers under Mr. Paton are proud of the standards which were set by the Memorial University College; and they know that if they had a right to be proud, it is due in part to Mr. Hatcher's excellence as a mathematician and his enviable skill as a teacher.