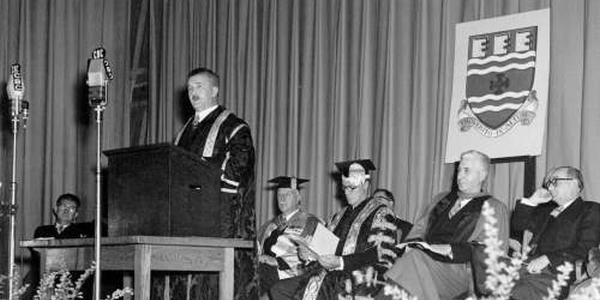 Born in Whitbourne on 20 June 1900, Raymond Gushue earned a law degree from Dalhousie in 1925 and practiced law until his appointment as chairman of the Newfoundland Fisheries Board in 1936. From 1943 to 1945 he was a member of the Fisheries Branch of the Combined Food Board in Washington and of the International Emergency Food Council (Fisheries Branch) from 1945 to 1947. He was chairman of the Newfoundland Woods Labor Board (1947-58) and a member of the Royal Commission on Canada's Economic Prospects (1955-58). In 1967 he became the first Newfoundlander appointed to the Order of Canada. He died 18 December 1980.