Synergy Alberta: "Working Together in the Energy Sector"

Watching on the web? Please fill out our post-event survey to let us know how we did.

In oil and gas rich Alberta, many communities are taking a different approach to development. Seeking to overcome the tension that defined the relationship between industry and community in the late-1980s and early-1990s, community, government, NGO and industry partners across the province have begun forming “synergy groups”—small regional groups that seek positive outcomes for all stakeholders through sharing, trust and dialogue.

The results of “synergy” have been good for everyone. Community concerns are dealt with quickly and constructively without the intervention of regulators. Companies and NGOs are collaborating to monitor environmental impacts of resource development. And, as full participants in the synergy process, industry earns a “social license to operate” from the community, which is good for the business of community citizenship, as well as the bottom line.

As more synergy groups emerged through the 1990s and early 2000s, the groups began meeting to share resources and best practices, and in 2006 launched Synergy Alberta, an umbrella organization that provides support and resources to these groups.

Join Alice Murray, one of the founding members of Synergy Alberta, for a discussion of what the synergy process is and why constructive relationships based on collaboration, respect and trust makes good business sense for communities and industry. 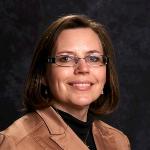 Alice Murray is the Community Affairs Coordinator for Central Alberta Region for Shell Canada. Alice has over 25 years of experience dealing with issues and consultation around oil and gas development. She is an active member of five Synergy Groups and is a founding member and on the Board of Directors of Synergy Alberta. Alice is a member of the Alberta Arbitration and Mediation Society and holds a certificate in Conflict Resolution and graduated with distinction with a BA in Communication from Royal Roads University. Alice lives on a multi-generation family farm with her husband, daughter, son-in-law and grandsons in the beautiful parkland area near Caroline, Alberta.