Magma Mingling in the Holyrood Granite

The 620 Ma Holyrood Intrusive Suite, part of a horst on the eastern Avalon Peninsula, Newfoundland, is comprised of rocks ranging from diorite to granite. In a coastal exposure, the granite host was intruded by darker tonalite blobs. In this field, petrographic and geochemical study, the relationship between the magmas and their relative rheologies were examined to determine their dynamic history.

New influxes of magma preferentially intrude fluid, crystal-poor regions of magma chambers. The input magma may have different composition and rheology to the host. We investigated the effects of density, viscosity and crystallinity contrasts on the interaction of host and input using aqueous analog materials in a dm-scale glass tank. Salts were used to control density, cellulose to change viscosity, and plastic and glass beads to simulate crystallinity. Many different behaviours were observed. 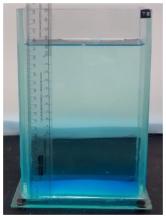 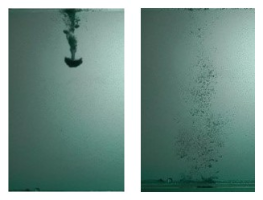 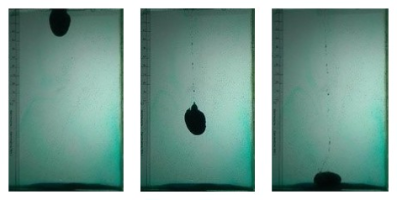 Potential Fields and Structural Study of the Howley Basin

The Howley Basin in western Newfoundland is a potential source of hydrocarbons. The field part of this study involved extensive field mapping of surficial structure; gravity and RTK surveying over land and ice; and a GPR bathymetric survey of Sandy Lake. Pre-existing magnetics and gravity data was incorporated into the processing to produce a model of the depth and structure of the Howley Basin and its hydrocarbon potential.

The Tablelands massif in western Newfoundland is part of the Bay of Islands Ophiolite, segments of the Earth’s upper mantle which were thrust onto the surface when the island was assembled. Ground water interacting with these unusual rocks results in the production of unusually alkaline spring water, and the production of magnetite. Magnetic and electrical surveys are thus able to map ground water flow through invisible fracture systems, and detect springs for geochemical studies. The Tablelands is a Mars analogue site: these reactions may occur on the Red Planet. 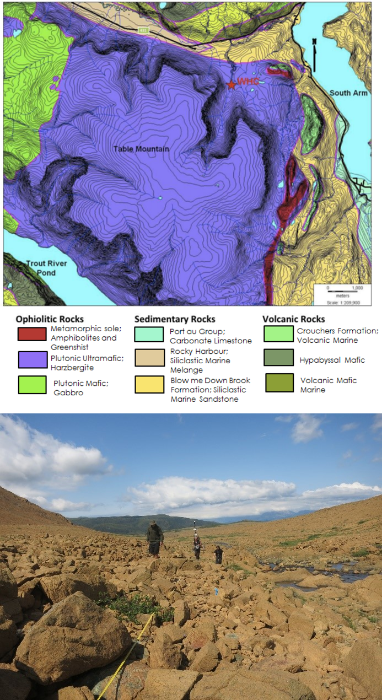 Lynch, N. and Leitch, A.M. (2018) “Magnetic and Electrical Surveys in the Bay of Islands Ophiolite, Newfoundland: New Methods for Detecting Faults and Springs” (in prep for Earth Planetary Research Letters)

Fogo Island, the largest island off Newfoundland, is underlain by a Silurian-Devonian batholith which is gabbroic in the south and granitic in the north. In Wild Cove East there are mingled intermediate rocks exposed along the coastline. This combined field, petrographic and geochemical study examined the mingling on multiple scales to elucidate the dynamic history of the rocks. A drone imagery survey helped to produce a base map. 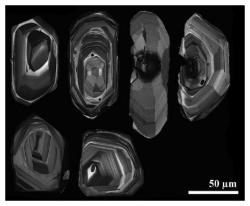 MSc: Ben Graham (2017) “A field and laboratory study of magma chamber processes in the development of a plutonic suite on Fogo Island, Newfoundland” (co-supervised by G. Dunning).

Graham, B., Leitch, A. and Dunning, G., “Magma Mushes of the Fogo Island Batholith” (in prep for the Journal of Petrology).

GPR and Coring of Lake Sediments

GPR surveying of a km-scale post-glacial lake over a gold prospect revealed intriguing layering within the soft sediments. Long cores of the sediments were collected and physical and chemical properties of the muds were measured in the laboratory to find the cause of the GPR reflections and investigate chemical variability of the muds in time and space. 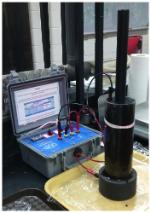 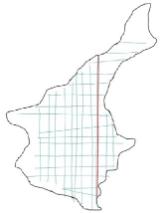 Delineating the Alteration Zone of a Gold Prospect

Hydrothermal gold deposits are associated with alteration of local rocks, changing their density and magnetic properties. Gravity and magnetic surveys were carried out over the Big Easy gold prospect, and the data were mapped and modelled in order to localize the alteration zone, and hence the gold mineralization. 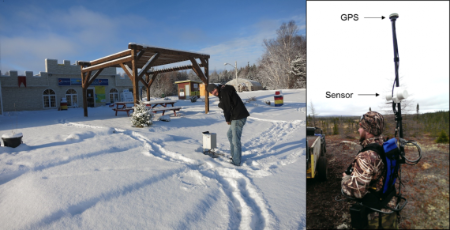 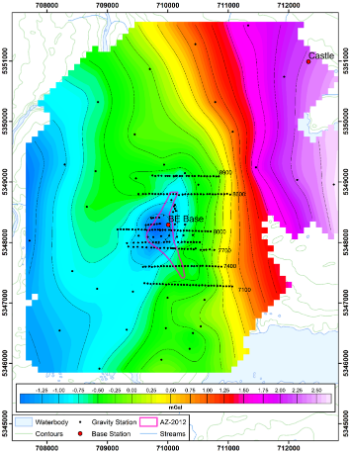