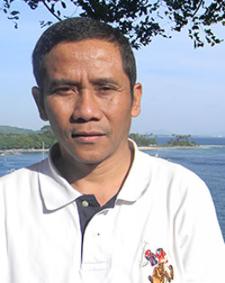 In 1995, after attending a Memorial engineering class offered in his home country of Indonesia, Heri Sulistiyono came to St. John’s campus to complete a master of engineering degree. He enjoyed his experience so much that he returned to complete a PhD in engineering and then obtained a position as a Post-Doctoral Fellow. Memorial had such an effect on Dr. Sulistiyono that he helped to arrange a memorandum of understanding with his university in Indonesia, the University of Mataram.

What program/s did you complete at Memorial?

In 1995, I attended Dr. Lye and Dr. Haddara’s short classes offered in Surabaya, Indonesia, as an introduction to Memorial University. Shortly after, I was selected to have the opportunity to attend Memorial to complete a master's degree. After finishing the master’s degree, I had to go back to Indonesia, where I taught at the University of Mataram. In 2008, as I already knew Memorial and St. John’s, I returned to continued my graduate studies by enrolling in a PhD program there.

Tell me a bit about your experience as a graduate student at Memorial.

The St. John’s environment is excellent for studying and living. It is not a big city, but it is internationally populated and very safe and peaceful. The ability to experience the four different seasons in St. John’s makes everyone always want to stay longer.

While studying at Memorial, I gained not only scientific knowledge and education, but I was also able to participate in multicultural experiences.

What were some of your accomplishments during your graduate degree?

I had the opportunity to attend and present at several conferences including the CSCE in Winnipeg, Manitoba in 2010 and in Edmonton, Alberta in 2012, as well as, the CWRA St. John’s in 2011.

I was also awarded the outstanding achievement: Fellow of the School of Graduate Studies 2013.

In addition to academics, I became involved in badminton within the province and won several championships in singles and doubles, including:

What are you doing now after having graduated with your master’s degree/PhD?

I work as a lecturer and hold the title of associate dean of civil engineering graduate studies at the University of Mataram, Indonesia.

Did you get a job directly after graduating?

Although I had previously been a lecturer at the University of Mataram prior to completing my PhD, I was offered a promotion as the associate dean of civil engineering graduate study directly after graduating with my PhD.


How did your graduate program help prepare you for your current job?

I had many educational experiences during my graduate programs at Memorial, which have helped improve my abilities in teaching, conducting research and preparing journal manuscripts.


How did Memorial help to get you where you are today?

Honestly, Memorial was not well known prior to my introduction to the university in 1995. However, during my time spent at Memorial, I created good personal and working relationships with faculty and staff. I decided to try to develop a formal collaboration between Memorial University and the University of Mataram under a memoradum of understanding (MOU). The MOU was finally signed by Ms. Sonja Knutson, Director of the Internationalization Office at Memorial, and Professor Ir. H. Sunarpi, Ph.D, the Rector of the University of Mataram, in February 2017. I am proud to be listed as a contact person in this collaboration and am excited to spread the word about the great opportunities at Memorial University.


Do you have any advice for current and/or future grad students?

Studying at the graduate level is not easy. However, “never give up, there is always a solution” is always the best slogan for any student, especially graduate students. When you have finished everything, you will understand that actually “nothing can stop you, unless you stop yourself.”