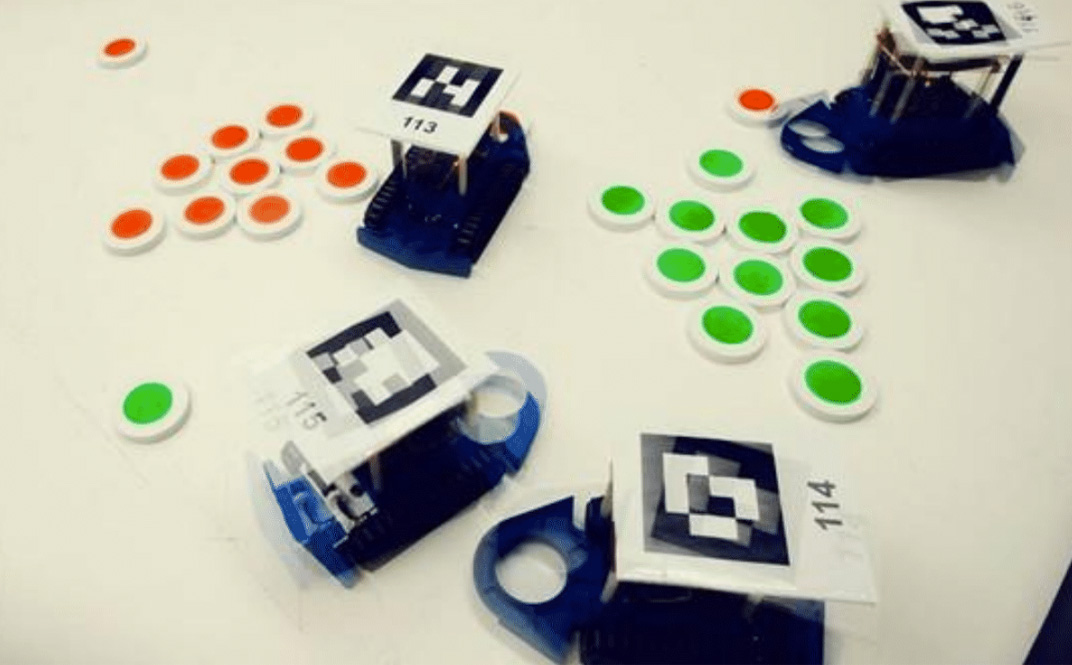 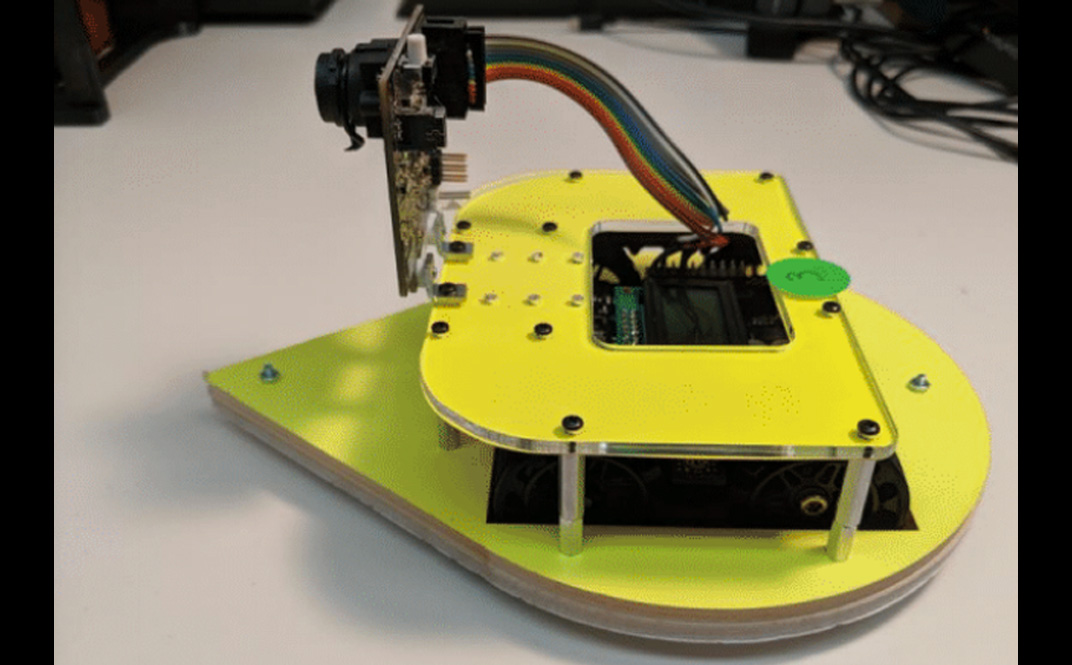 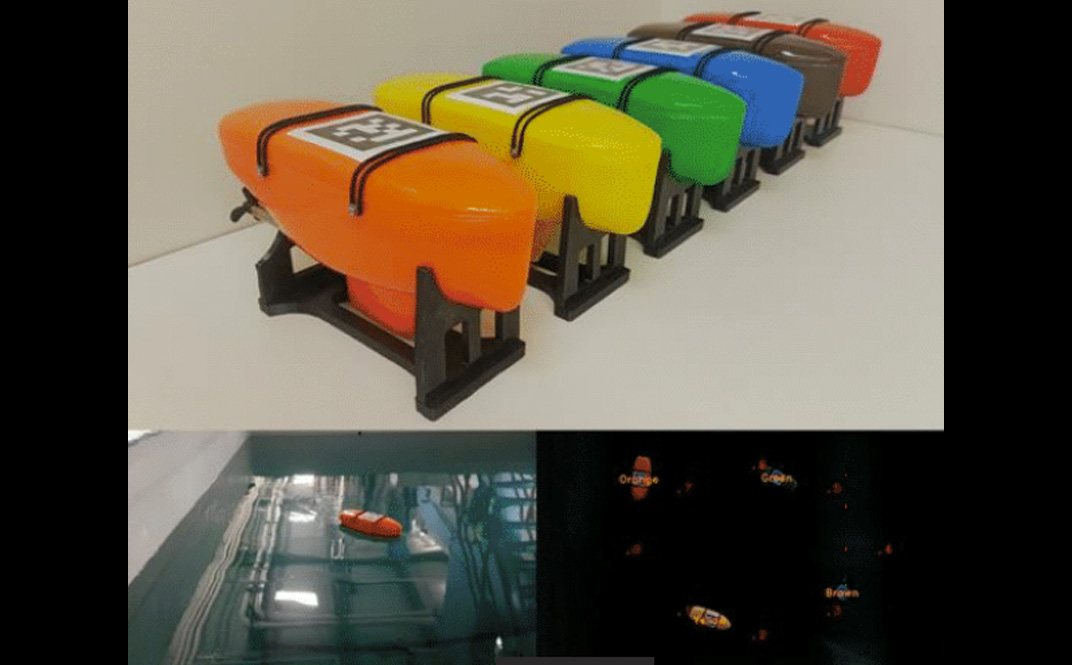 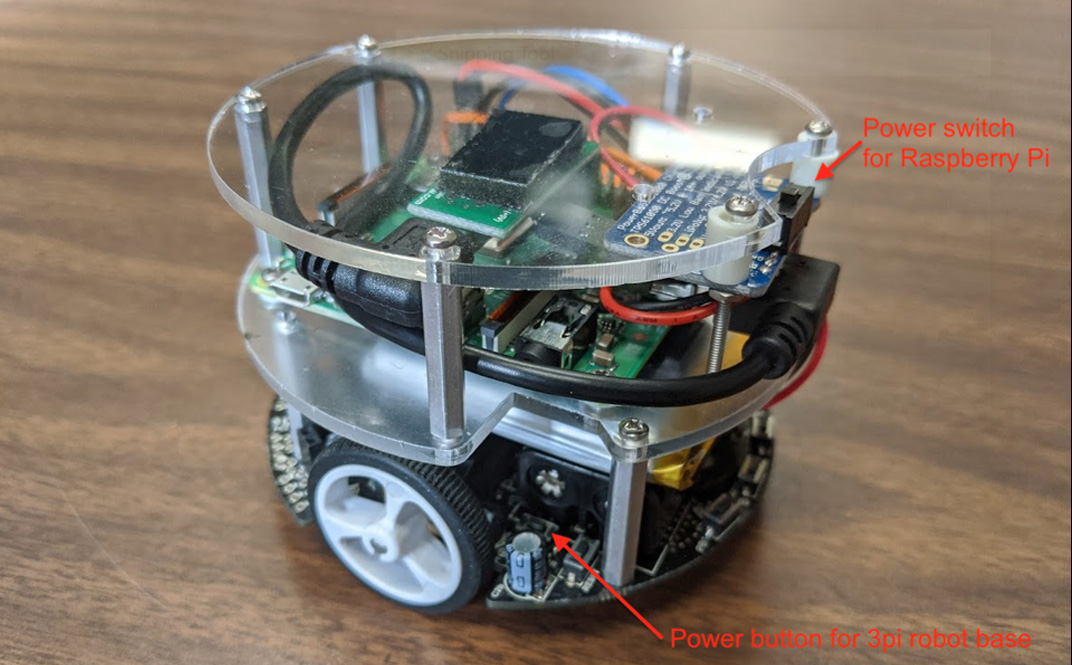 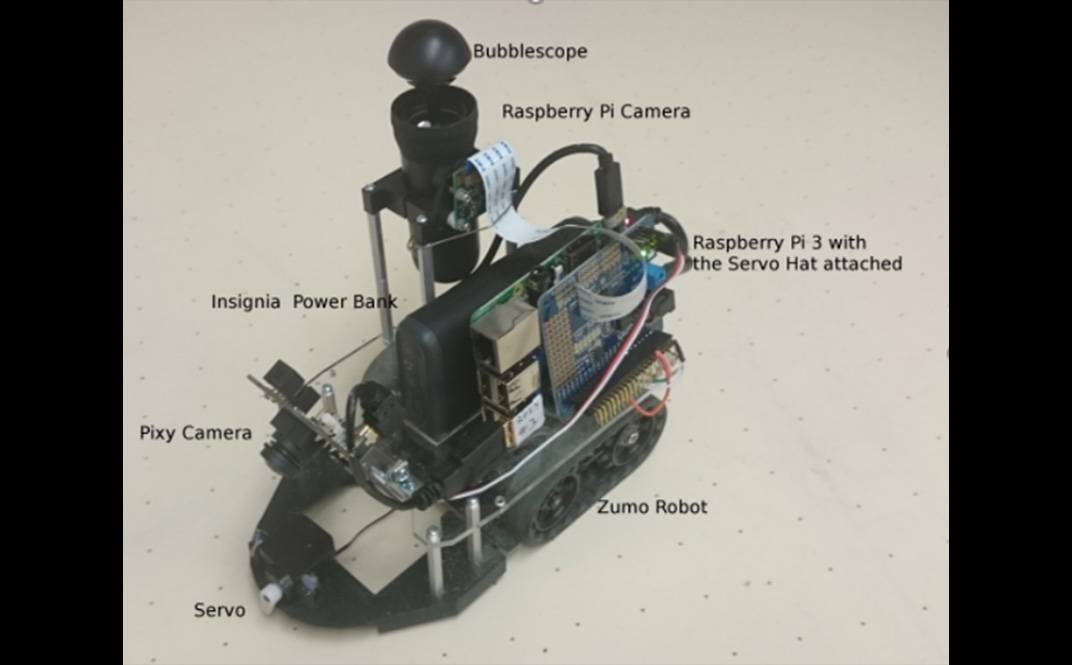 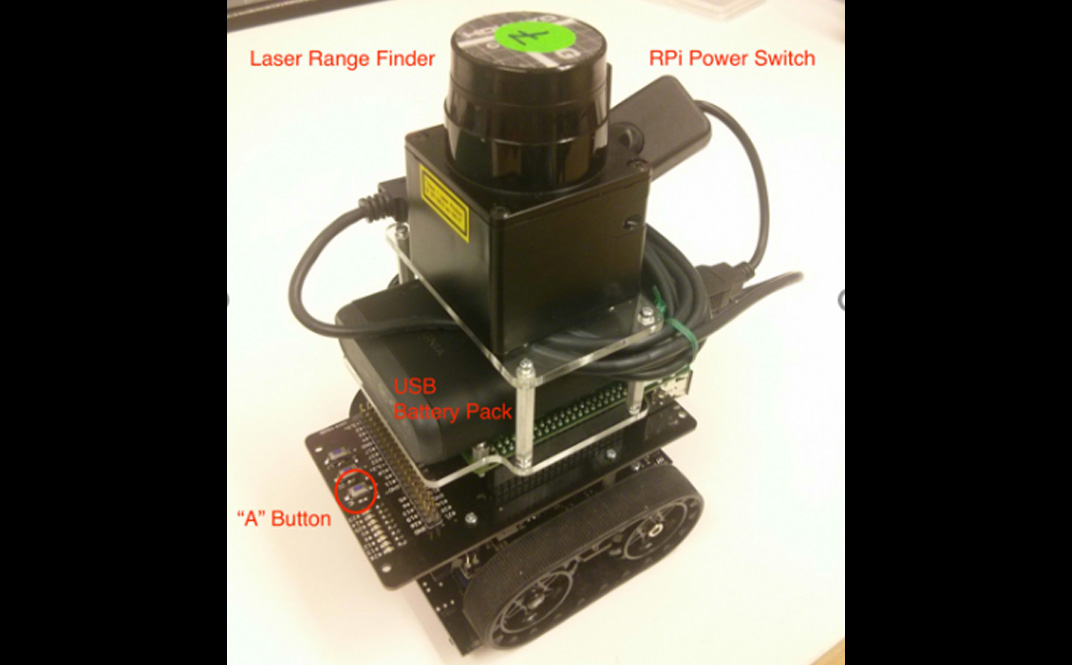 The BOTS lab's main focus is swarm robotics, which is the study of how groups of relatively simple robots can work together to solve problems. Our projects often involve proposing control algorithms for robots which are then tested in simulation. In most cases, we also try and apply these algorithms to real robots. The theme of our work is to develop robots that restructure their environment towards some desired state. This could involve organizing a disorganized environment by sorting objects into clusters. It could also involve building a structure. The long-term goal is to develop robots that can assist people in their homes and workplaces.

We have several generations of small autonomous robots, largely based on the Raspberry Pi computer. We also have a small swarm (6) of autonomous surface vehicles suitable for indoor studies of marine robotics.

A table where the robots drive over a large-screen television that can project patterns upwards to guide their movements.
A stadium-shaped table (makes life easier for robots since there are no corners!).