Travelling the Distance to Success 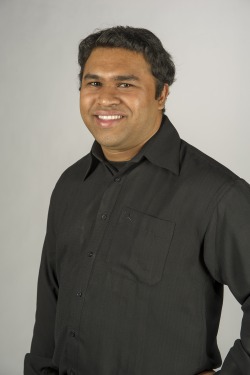 Travelling the Distance to Success

Coming to Canada to pursue an advanced degree is a dream held by many international students around the world. Rajib was no different, and he had high hopes for receiving admission into the Master of Engineering program at Memorial University.

For many applicants, finding a university that fits their educational backgrounds and meets their research interests can be difficult, but for Rajib, the answer was clear.

Shortly after Rajib applied to Memorial, he was offered admission into the Master of Engineering (Civil Engineering) program under the supervision of Dr. Bipul Hawlader.  In September 2009, Rajib traveled half way around the world from Bangladesh to Canada.

“I didn’t have much time to think since I had only few weeks left after getting the visa to catch the Fall 2009 semester,” he recalls. “I had never been to Canada; Newfoundland was the first province in Canada where I landed.”

After arriving in Newfoundland, Rajib became involved within the graduate community and quickly built friendships with other graduate students. His transition to life in the province was made easier by interacting with students from his home country and culture. Rajib has been an active student leader. He held the positions of President of the Engineering Graduate Student Society from 2010 to 2011and President of TAUMUN in from 2011 to 2013.  He also served as treasurer with the NL Bangladesh Student Association from 2010 to 2011.

Rajib excelled in his studies, and in Winter 2011 he was transferred to the PhD program in Civil Engineering. During his time at Memorial, Rajib has won numerous academic awards and scholarships, including the NSERC Postgraduate Scholarships-Doctoral, the RDC Ocean Industries Student Research Award, and the AHUJA International Graduate Fellowship.

In his spare time, Rajib continues to be active in a variety of on-campus and off-campus activities.  He was in the winner of the Faculty of Engineering and Applied Science’s 3MT Competition in mid-2013, and was one of 22 participants in campus-wide 3MT Competition later that year.  He is a firm believer in managing work-life balance and stresses the importance of participating in non-academic activities and spending time with family and friends.

The long journey from Bangladesh to Canada has proven to be an amazing experience and a dream come true for Rajib. His time at Memorial has helped him grow and develop into both an outstanding researcher and global citizen.