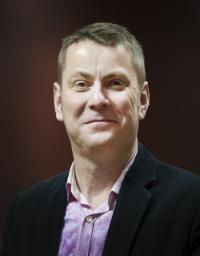 As a specialist in seventeenth-century Bermuda and the Caribbean, my research interests encompass all of the Atlantic Islands, with a particular interest in credit, gender, and reputation in the English Atlantic, and with illicit trade in the Caribbean. I am also engaged in projects exploring remigration, unfree mariners, the Atlantic salt trade, and shipbuilding and inshore fishing in early Bermuda. My longterm research orientation includes two parallel ventures, one of which is to explore the seventeenth-century ecological history of Bermuda in relation to the impact of the colony's maritime orientation and the other is an exploration of the colony's credit and debt records as those networks of affiliation and obligation both sustained the island's carrying trade and substituted for the relative lack of political elaboration in early Bermuda. 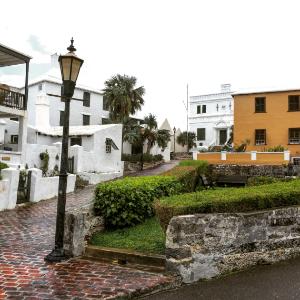 “Bermuda Bound: Patrick Williams and the Margins of Atlantic Abolitionism”

My current book project, and accompanying website, begins with a single expansive case examining the unfolding of emancipation and its aftermath in Bermuda in order to further understand the ways in which slavery and anti-slavery were central to the contested evolution of sovereignty, citizenship, and labour in the 19th-century Atlantic world. This project explores core issues of identity and race through the first historical examination of enslaved Bermudian Patrick Williams, who freed himself, only to be sold into plantation slavery in rural Louisiana. His reappearance after two decades compelled intermittent negotiations between British and American authorities. The rediscovery of an enslaved Williams confronted white Bermudians with the supposed benevolence of Bermuda’s immediate emancipation of the colony’s slaves in 1834, while confronting black Bermudians with the complex and contingent history of their own freedom and disenfranchisement. The surviving documentation illuminates current debates about the changing activism and identity of abolition in the 19th-century, the sharp limits of British citizenship and humanitarianism, and the predatory dimensions of the vast internal slave trade in America. This project is supported by a SSHRC Insight Development Grant, 2015-2017.

I have been involved with archaeological projects in Bermuda, the Dutch West Indies, Northern Ontario, and the United States, working with or for the College of William and Mary, the Colonial Williamsburg Foundation, the Dutch National Park Service, the Ladies Hermitage Association (Tennessee), the Bermuda Government, the Bermuda National Trust, and the National Museum of Bermuda. These projects have engaged my interests in colonial European material culture, plantation, slavery, and First Nations archaeology. I continue to be involved in the analysis and preservation of the archaeological and archival heritage of Bermuda.

I am currently accepting graduate students, honours undergraduate students, and students in Memorial’s Interdisciplinary PhD Program. I have and have had graduate students working on a variety of subjects in the Early Modern Atlantic World. In recent years I have supervised graduate research and writing on understanding maritime technology change in the Atlantic World, on teaching trauma through former enslaved Bermudian Mary Prince’s 1831 autobiography, on the criminalizing of free black Bermudians before Emancipation, on the presence of female stewards on Transatlantic steamers, on same-sex sexuality cases in colonial American courts, and others. Please contact me to discuss graduate supervisions.