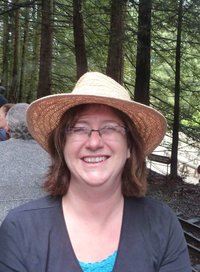 My research interests focus on the development of ancient Roman healing spas and their integration into concepts of health within imperial society. I am concerned with the evidence for the healing spas as represented both in the archaeological record, including epigraphic material, and the abundant references that proliferate in the technical and non-technical texts. My aim is to decipher the means by which Romans availed of their health care options.

To a large degree, my research targets the experience of the individual within a social context rather than the development of the institution. I have more recently begun to investigate the ways in which ancient spa bathing informs modern practices and have undertaken exploratory work at several contemporary spa resorts in both Europe and North America.

I have also regularly contributed to archaeological activities with several chapters published on artifacts recovered from sites in North Africa.

Ph.D. 1998 University of Alberta, Roman Healing Spas in Italy: A Study in Design and Function

M.A., 1992, University of Texas at Austin, The Lamps of Metaponto: Catalogue and Commentary