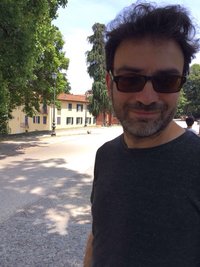 Luke Roman’s areas of research include Latin literature, Renaissance humanism, representations of the city of Rome, monuments and monumentality, ideas of place and space, the materiality of books and writing, the classical tradition, and the global discipline of Classics. His monograph Poetic Autonomy in Ancient Rome (Oxford University Press, 2014), examines the rhetoric of autonomy in Roman first-person poetry from the late republic to the early empire. Another major focus of his research is Renaissance Latin literature. In 2011-2012, as a fellow at the Villa I Tatti in Florence (The Harvard Center for Italian Renaissance Studies), he studied the elegiac works of the Neapolitan humanist Giovanni Pontano. His verse translation, Giovanni Gioviano Pontano: On Married Love; Eridanus, has been published in the I Tatti Renaissance Library series (Harvard University Press, 2014). A second volume in the same series will include Pontano’s Garden of the Hesperides and Eclogues (under contract). His current research project, supported by a SSHRC Insight Grant (2017-2022), Humanist Topographies: the classical poetics of place in Renaissance Italy, traces the shifting significance of classical places in the works of Italian humanists based in Florence, Rome, and Naples (ca. 1450-1530). He is currently part of a team preparing an edition of George Herbert's complete prose and Latin and Greek verse. Finally, he is collaborating with classicists in Nigeria and Ghana in exploring the discipline of Classics in a global perspective. In May 2019, he organized an international conference on Classical Antiquity and Local Identities: from Newfoundland to Nigeria and Ghana at Memorial University (supported by a SSHRC Connection Grant, 2018-19).

Luke Roman’s teaching interests include Latin language and literature of all periods, Greek language and literature, classical mythology, Roman history and civilization, and Latin and Greek literature in translation. The city of Rome has been a topic of particular importance in his teaching. In 2007-2008, he taught at the Intercollegiate Center for Classical Studies in Rome.

March 2017. “Itineraries of the Book: the humanist reception of Martial’s Epigrams,” Annual Meeting of the Renaissance Society of America, Chicago.

March 2017. “Poliziano’s (commentary on the) Silvae: between emulation and exegesis." On editing and commenting on the Silvae, Lisbon, Portugal (by Skype).