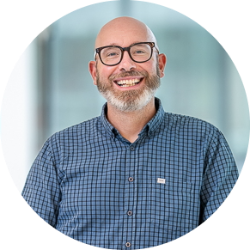 Ed is an entrepreneurial leader with extensive experience in technological and creative industries. He was previously the CEO of education technology startup Clockwork Fox Studios, which product is used by hundreds of thousands of teachers and students across Canada. Ed led the company from its inception through to its  acquisition in April 2021 by US-based Carnegie Learning. Previously, Ed worked as President/Producer at Best Boy Entertainment and he also produced a feature film, Closet Monster, which won Best Canadian Feature at the Toronto International Film Festival.

Ed prides himself in being pretty serious about a whole lot of things, but without ever taking himself too seriously. If you happen to stop by MCE some time, he would love nothing more than to chat with you about sports, video games, movies, TV, music, or food. Especially sandwiches. 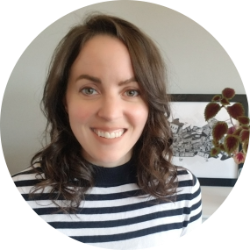 Amy is the Foundational Programming and Events Coordinator for the Memorial Centre for Entrepreneurship. She is a graduate of Memorial, holding a Bachelor of Commerce degree (with focus areas in entrepreneurship and human resources) and a Masters of Education (Post-secondary studies).

Amy has a background in student support and organizing events, both locally and internationally, through her previous roles with the CPA Atlantic School of Business and leading the Student Services team at the College of the North Atlantic. She also has a passion for entrepreneurship, innovation and continuous progress and is excited to return to Memorial to help students grow the start-up sector in NL. Originally from the west coast of the province,

Amy now calls St. John’s home, where she lives with her husband and their children. She plays and teaches piano and loves to adventure around the area with her family. 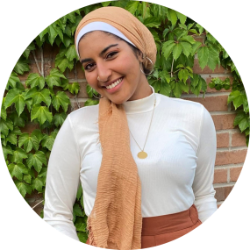 Enaya AbdElGaber is the Experience Ventures Program Coordinator, a shared role with the Memorial Centre for Entrepreneurship and Student Life. She is a graduate of Memorial University, holding a Bachelor of Arts (Honours) in Political Science with a minor in Law & Society.

Enaya started working at MCE in 2018, where she completed her first work term. Since then, she completed two more work terms with the centre and worked in various roles during her studies. With her background in Political Science, Enaya integrated her knowledge of public policy with MCE’s work in entrepreneurship.

Her current role with the centre comprises developing and implementing short-term student placements within start-ups in the community, with the goal of providing students with meaningful experiential learning opportunities during their studies.

Enaya has been living in St. John’s for five years now. She enjoys outdoor activities and soaking up as much sunshine as the province gets!