The community of The Battery can be found along the narrow entrance of the St. John’s harbour. Like many communities in Newfoundland, this stretch of ocean-side land was first established in order to participate in the fishery. Once called Crow’s Nest Cove, the area became known as The Battery when military posts were installed here to protect the harbour. This conversion began in the 17th century when defense was needed against the French. But despite numerous battles and wars over the years, The Battery always remained a fishing community. Only starting in 1991, when Newfoundland was confronted by the cod moratorium, did this identity begin to shift. This era saw fishing stages being adandoned and a community that had to find new ways of defining itself. 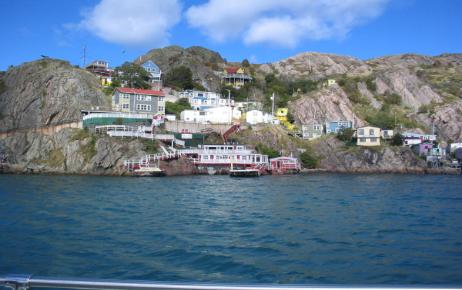 In the years since the moratorium, people have come to live in The Battery for different reasons—some for a tight-knit or artistic sense of community, others for the beautiful view. Inevitably with an influx of people comes change. What was once considered a challenging location to live in, The Battery is now sought after, and many people want to live in the area. This change in perception has introduced a trend of soaring property prices and large residential developments. The story of The Battery echoes the dramatic social, cultural and economic changes that have been occurring in outports throughout Newfoundland and Labrador. Having said that, you can always find local people who are interested in preserving the vernacular architecture and cultural heritage around them. 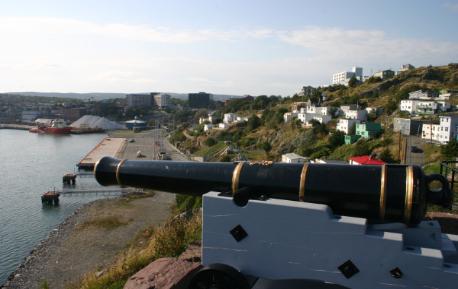