Wednesday, June 16th, is our Cultural Day: We want to give you a glimpse into some of the local creativity happening on our (and other!) islands. These sessions are free and open to the public.

With the 20th anniversary of 9/11 approaching this September, we thought it was an apt moment to take a closer look at the Come From Away phenomenon. Come From Away is an award-winning Broadway play based on the events that took place in Gander, NL, following the terrorist attacks in 2001.

You can register to receive the Zoom link to attend this live session on June 16th. Click here!

This panel will feature stories from Derm and Dianne Flynn, whose real-life experiences were immortalized in the musical; actress Petrina Bromley, from the original Broadway cast; and Alina Sergachov, an international graduate student from Memorial who chose to study Come from Away: in fact, Alina received a grant to interview over a hundred folks connected to the play (including Derm, Diane, and Petrina), many of which you can view on her YouTube channel.

Read more about Come From Away  here and here. 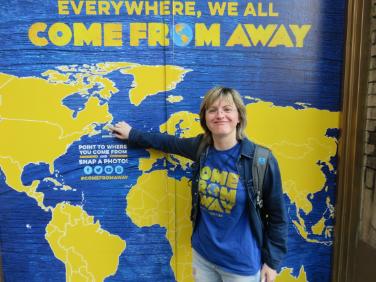 Alina points to NL on the Come From Away map.

Alina Sergachov was born in Belarus and raised in Israel. She graduated from Memorial University with a Master of Arts degree in Folklore in 2019. During her studies, she received the Helen Creighton grant for research related to the Atlantic Canada region and the Mitacs Globalink Research Award for research abroad. The goal of her project was to document some of the 9/11 stories that inspired Come From Away and to help the general public understanding of the day-to-day work of theatre personnel. 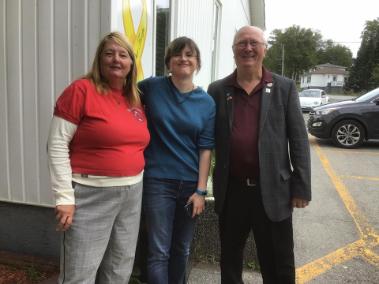 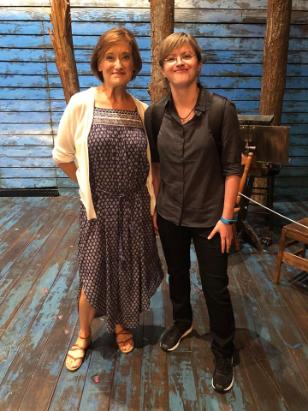 Alina talks to Petrina on the set of Come From Away

(Note: Conference registrants will be automatically sent the link for this session; only the public needs to separately register.)

At 1:00PM NT, join us for "Our Island, Now: Stories from Newfoundland's Quilted Collective"

The Quilted Collective is a group of racialized writers from different corners of the world that have decided to make Newfoundland and Labrador their home (or have done so for generations!). In their upcoming anthology, Us, Now, from Breakwater Books, the collective’s authors explore themes like queer love, identity, safety, family, and belonging (just to mention a few). This panel will examine their work and the way living on an island influences their lives and experiences. Featuring collective members Tsu-Hao Tzu, Xaiver Campbell, Zay Nova, and Santiago Guzmán.

Learn more here and here, and buy the book, here! 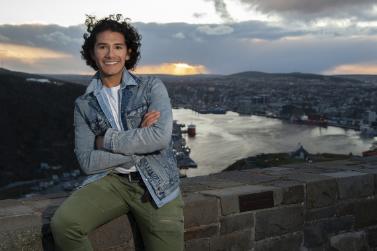 Our host, Santiago Guzmán is a local writer, performer, director and producer of theatre and film originally from Mexico City, now based in St. John’s. He is the founder and Artistic Director of TODOS Productions and Artistic Associate for Playwrighs Atlantic Resource Centre. 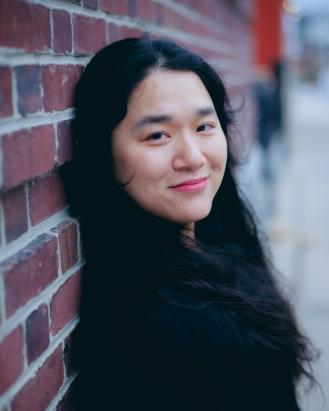 Tzu-Hao Hsu:  Born in Taiwan and raised in Newfoundland, Tzu-Hao Hsu arrived in St. John’s with her family more than twenty-five years ago and is a proud Taiwanese Townie. Tzu-Hao received both her Bachelor of Commerce and Masters of Business Administration Degrees from Memorial University, and is currently a business manager by trade. She is active in the local multicultural community as a presenter and performer, and has served on the boards of several not for profit organizations. Tzu-Hao has continued to explore her cultural heritage and identity through writing and dance, drawing inspiration from both her childhood home and here on the Rock. 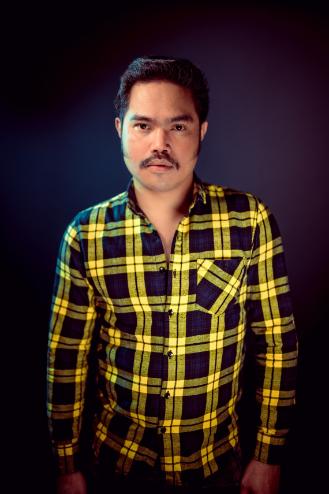 Zay Nova: Currently a country singer/songwriter/radio+video producer.  I was born in a small village called Sempan on Bangka Island, Indonesia. I visited Canada (Vancouver and Toronto and Newfoundland) in 2016 and fell in love with Newfoundland. Feeling at home right away in NL, I went back to Indonesia to quit my job as a radio , audio commercials, and video producer and migrated to Canada on December 13, 2017. To this day, Newfoundland is very special to me, and Newfoundlanders make me feel visible and loved.

Xaiver Michael Campbell: Born and raised in Jamaica, Xaiver has considered Newfoundland and Labrador home for over a decade. These islands are quite different, but Xaiver feels that living in Jamaica prepared him for life on the Rock (minus the snow, sleet and lack of sun) – the people are equally warm and friendly. Xaiver reflects this love of his past and present life in his writing. When not writing, doing childcare, baking, playing or watching basketball, Xaiver loves the outdoors and can be seen swimming in all the ponds across the island in the summer, camping in the woods and hiking the East Coast Trail.

Learn more about the Quilted collective in this recent radio interview from CBC.

Those who have registered for the ISISA conference do not need to register again for this event. The above link is for the public.

And finally, we have our islands song circle at 2:30pm NT: "Island Songs: Making Music in the Middle of Somewhere"

Island places tend to be musical places, too!

Join us for a song circle featuring musicians from Gotland, Sweden, Newfoundland and Labrador, and Prince Edward Island. We will chat with them about how their island homes affect their music.

Our musicians include Juno award winning musician, Catherine MacLellan (PEI); islands scholar and musican, Owe Ronström (Gotland), who will be joined by his son, Erik; and Kate Lahey, musician and music educator/community-builder (NL).

This session will be hosted by Ivan Emke. 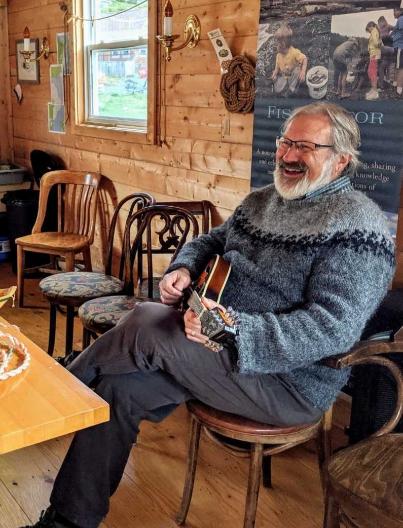 Ivan Emke spent a quarter century living in western NL, teaching, researching, administrating, and generally hanging around with a wide variety of people, including many musicians and artists. He spends his time these days working on several radio and podcast shows (including "Routes & Branches & Beyond," a show that starts with celtic and roots music and invariably ends up somewhere else), serving on boards, thinking out loud about food and agriculture issues, worrying about rural communities, and playing obscure (to some) music in various sessions and bands.

You can listen to Ivan's music show, Routes, Branches, & Beyond, here and here. 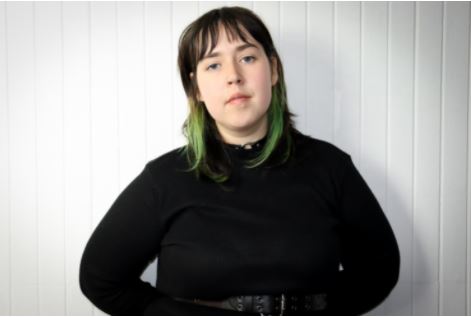 Kate Lahey is a writer, musician and PhD candidate at the Women and Gender Studies Institute at the University of Toronto. Kate’s work explores intergenerational trauma, material and visual culture and memory in Newfoundland. As a Newfoundlander, Kate’s practice engages family knowledge and autoethnography. Kate is the frontperson of Weary. 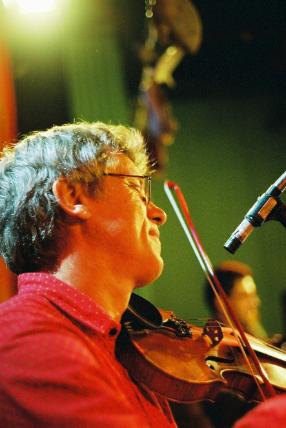 Owe Ronström is a professor in Ethnology at the department of Cultural Anthropology and Ethnology, Uppsala University, Campus Gotland, Sweden, and associate professor in Musicology at Åbo Academy, Turku Finland. He has researched and written extensively on music, dance, ethnicity, multiculturalism, ritual, the culture of ageing, heritage politics, and islands. He is also active as an arranger and composer of music, and as a musician in the bands Orientexpressen, Gunnfjauns kapell, and as conductor of Gotlands Balalajkaorkester. He has recorded 15 LP’s records and CDs and produced a large number of radio broadcasts on music from around the world for the Swedish Broadcasting Corporation. He is a member of the Royal Gustavus Adolphus Academy in Uppsala, and the Royal Society of the Humanities at Uppsala. For his fiddling he has been awarded the title of Riksspelman, (National fiddler/master of folk music). For his research he has been awarded the Hilding Rosenberg-prize and the Gösta Berg-prize. For “BelleSounds – A Very Large Concert” he won the prestigious Prix Italia 2013. 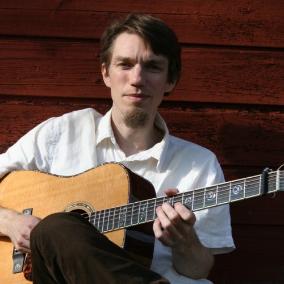 Erik Ronström is a professional musician, folk guitarist, music producer and music software developer. After graduating from the Royal College of Music in Stockholm, he earned a reputation as a versatile interpreter of folk and world music, and is today one of Sweden’s leading folk guitarists. He appears on numerous albums and as a member of a number of Swedish folk bands, including Krack, Triller, Punch, Stormsteg and Lena Jonsson Trio.