The Stephen Jarislowsky Chair in Economic and Cultural Transformation was established at Memorial University of Newfoundland through the Montreal-based Stephen Jarislowsky Foundation, Elinor Gill Ratcliffe, and the Government of Newfoundland and Labrador, through the Department of Human Resources, Labour and Employment. This is the Jarislowsky Foundation’s first contribution to Memorial. It has an impressive record of significant contributions to universities across the country.

The $2 million academic chair is focusing on cultural change to promote research in the areas of global and local cultures, strategies for immigration integration and retention, diasporas, and demographic changes.

The academics recruited to the chair will develop connections with other departments, institutes and universities to promote interdisciplinary world-class research and integration in this new field. The chair will foster a broader understanding of cultural issues by engaging policy makers and the public. “Newfoundland and Labrador is rapidly entering a new stage in its history by embarking on major growth and development. This requires the attraction of immigrants and the return of Newfoundlanders and Labradorians ... Decisions as to the best strategy require many inputs best centred at Memorial University.” - MR. STEPHEN JARISLOWSKY Chairman and CEO, Jarislowsky, Fraser Ltd.

The chair also marks the largest philanthropic gift made by Ms. Gill Ratcliffe to Memorial. A respected humanitarian, Ms. Gill Ratcliffe acknowledged that the timing was right for the chair. “Upon further discussion with MUN officials, I was impressed and heartened to learn that the professorship would be reaching out to other departments, institutes and universities, as well as policy makers and members of the community,” she said. “It was for these reasons that I am very pleased to be a part of this exciting and important venture.” -Ms. Gill Ratcliffe

“Through this chair’s research, the university will inform and help guide the means by which the province recruits and integrates newcomers into the social and economic life of Newfoundland and Labrador,” said the Hon. Susan Sullivan, minister of human resources, labour and employment (2010). 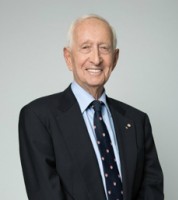 Stephen A. Jarislowsky is a Canadian business magnate, investor, and philanthropist. He is the Founder, Chairman and CEO of Jarislowsky Fraser Limited, which he built into one of the largest and most successful investment management firms in Canada, with over C$40 billion in assets under management.

Mr. Jarislowsky was born in Berlin, Germany in September 1925. He attended public and high school in the Netherlands and France and then immigrated to the United States in 1941. He studied mechanical engineering at Cornell University and then served in the US Army. He finished basic training and studied Japanese at the University of Chicago prior to serving in Counter-Intelligence in Japan after the War. Upon return to the United States in 1946, he attended the University of Chicago, graduating with an MA in Asian Studies and Phi Beta Kappa Honours. He followed this with MBA studies at Harvard Business School, graduating in 1949 with distinction.

Mr. Jarislowsky has been active in educational, cultural and charitable activities of many kinds and has endowed more than 23 University Chairs in Canada including those in Economic and Cultural Transformation (Memorial University, 2010), Economic and Financial Policy (Queen's, established 1990), Environment and Health (McMaster, established 2003), Families and Work (Guelph, 2003); Religion and Conflict (Assumption University, Windsor), Public Sector Management (University of Ottawa, 2003), International Business Administration (Laval, 2000), Urology (McGill), Finance (University of Alberta, School of Business), Biotechnology (Saskatchewan, 2004), Technology and International Competition (École Polytechnique de Montréal), History (Concordia) and Water and Global Health (Carleton, 2016). "All these chairs are concerned with excellence," he is quoted as saying, "something Canadians have never really espoused". 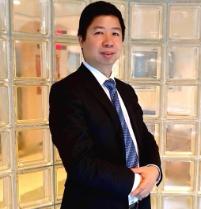 Dr. Tony Fang has been the Stephen Jarislowsky Chair in Economic and Cultural Transformation at Memorial University of Newfoundland since 2015, and he is also an adjunct Professor with the University of Toronto. Currently he holds the J. Robert Beyster Faculty Fellowship at Rutgers University and sits on a World Bank's Expert Advisory Committee on Migration and Development. Prior to joining Memorial, he was the Director of Master of International Business Program at Monash University in Melbourne, Australia. He served as the President of the Chinese Economists Society (2012-13) and the Domain Leader at CERIS, Ontario Metropolis Centre (2009-12). He was a visiting professor at Harvard University and NBER, Wharton School of the University of Pennsylvania, City University of Hong Kong, University of Macau, Tsinghua University, Fudan University, and Southwest University of Finance and Economics. In 2017, he was elected as a Fellow of Royal Society of Arts (FRSA).

He has also received 12 research awards from SSHRC, 5 research grants HRSDC, and grants from federal and provincial governments, totalling $4 million.