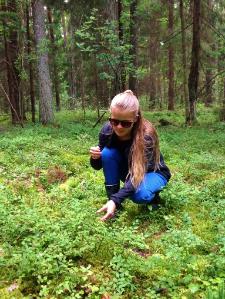 Perceiving Climate Variability: A Community-based Study to Identify Frameworks for Understanding and Interpretation

Natural climate variability masks much of the human influence of anthropogenic climate change (Trenberth, 2012), and while natural warming cycles may coincide with simplified climate change beliefs among the general public, natural cooling cycles are open to criticism by skeptics when left neglected by the scientific community responsible for communicating its relevance. For this reason, it is necessary to encourage a more comprehensive understanding of climate and climate change among the general public, which can ultimately assist in preventing the public from developing overgeneralized portrayals about climate change, and will foster attitudes which embrace the complexity inherent to climate change science (Weber, 2016). Prior to engaging individuals in more complex discussions about climate change, it’s crucial to understand local level experiences and perceptions of climate, particularly of climate variability.

My research will explore lived experiences and perceptions of climate variability of several community members in the province of Newfoundland and Labrador. This interdisciplinary research will be the foundation for establishing effective methodology for analyzing local climate perceptions, which may ultimately assist in developing culturally and geographically relevant methods of engaging the public in scientific and meaningful discussions about climate change.