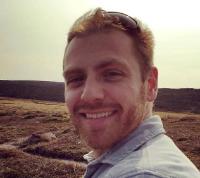 I am an urban cultural geographer broadly interested in the politics of consumption and cultural change in the city. Some of my current research explores the practices and processes of adaptive reuse and housing sustainability in both Canada and the United Kingdom. With a focus on the re-development of redundant institutional properties (i.e. former spaces of worship), I investigate issues of gentrification, reuse and religious change in the context of the post-secular and post-industrial city. In other research I explore the social and cultural aspects of the emerging Circular Economy — a form of sustainability policy that is gaining popularity throughout Europe and North America. This research investigates how paradigm shifts in environmental and waste practices are transforming and renegotiating cultures of consumption in contemporary cities like Amsterdam and London.

Lynch, N. (2016) Domesticating the church: the reuse of urban churches as loft living in the post-secular city. Social & Cultural Geography: 1-22.

Lynch, N. (2011) "Converting" Space in Toronto: The Adaptive Reuse of the Former Centennial Japanese United Church to the "Church Lofts". Journal of the Society for the Study of Architecture in Canada, 36(1): 65-76.

Lynch, N. and Pottie-Sherman, Y. (2019) Gentrification, gated communities and beyond. In, Bain, A. and Peake, L. (eds.) Globalization in an Urban Context. Oxford University Press: Toronto.