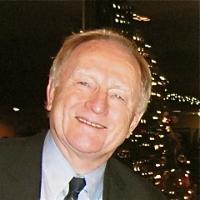 I received my BA from the University of Leicester in the United Kingdom (1966), my MA from Simon Fraser (1969) and PhD from the University of Western Ontario (1977). I taught Geography at Memorial University from 1971 to 2009. I now hold a position as Honorary Research Professor in Geography and serve as the Director of The Population Project, a research program funded through the Leslie Harris Centre of Regional Policy and Development at Memorial University (www.mun.ca/harriscentre/PopulationProject).

My research interests are in the impacts of fly-in/fly-out work arrangements, growth and closure in resource-dependent communities, the process and practice of social and economic impact assessment and the impact management of large-scale resource projects. In recent years much of my work has been in the oil and gas, mining, hydro and construction sectors in Newfoundland and Labrador, northern and western Canada, Western Australia and the Gulf of Mexico.

Storey K. (2009) “The Evolution of Commute Work in Canada and Australia.” In F. Stammler, G. Eilmsteiner-Saxinger (eds.) Biography, Shift-labour and Socialisation in a Northern Industrial City – The Far North: Particularities of Labour and Human Socialisation. Proceedings of the International Conference in Novy Urengoy, Russia, 4-6 December 2008, pp. 23-32.