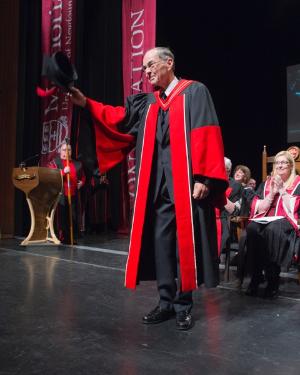 I retired at the end of 2015, after 39 years in the Department, and moved to Shelburne, a town of 1,700 people on the South Shore of Nova Scotia. Since moving here I’ve become involved in the Heritage Trust of Nova Scotia, and the Shelburne Historical Society, which runs three museum sites in the town. I also joined the Shelburne Volunteer Fire Department. A.J. (Jo) Shawyer, another retired member of the department, and I have finally completed our book describing the development of Churchill Park Garden Suburb. “Corner Windows and Cul-de-Sacs” was published by Memorial University Press in December 2021. I’m now working on a re-evaluation of the Anglo-American ‘Bases for Destroyers’ agreement which brought the U.S. Army to St. John’s in 1941.