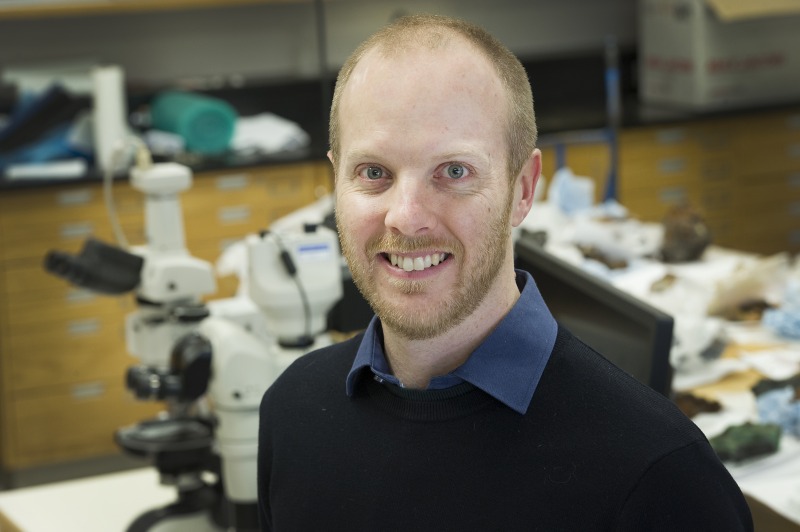 Researchers and graduate students will continue to benefit from a unique scientific ocean drilling program thanks to a renewed partnership.

Memorial and the Canadian Consortium for Ocean Drilling (CCOD) are maintaining participation in the International Ocean Discovery Program (IODP) until at least 2023.

“This is the only program of its kind and requires an international collaboration due to the high costs associated with this type of research,” he added.

Memorial is the home institution for the CCOD while Dr. Jamieson is Chair of the consortium, which consists of 10 universities and Natural Resources Canada.

“The International Ocean Discovery Program is regarded by many as one of the most successful international research programs in the geosciences.”— Dr. John Jamieson

The CCOD facilitates the participation of Canadian-based researchers on IODP expeditions, workshops, summer schools and access to the core and data repositories.

Thanks to support from the CCOD, Ocean Networks Canada and the Canada Foundation for Innovation, Canadian researchers will be able to access to multiple drilling platforms as well as cutting-edge technology and research.

“The International Ocean Discovery Program is regarded by many as one of the most successful international research programs in the geosciences,” Dr. Jamieson told the Gazette during a recent interview.

“Canadian-based researchers have published over 800 articles in peer-reviewed scientific journals using data collected during IODP expeditions. Today, over 150 Canadian-based scientists, including 15 researchers here at Memorial, use data collected from beneath the seafloor as part of their research program. Research topics range from plate tectonics to climate change and the limits of life on and within Earth.”

In 2018, he and Dr. Andrew Martin, a post-doctoral fellow with his lab, participated on a two-month drilling expedition to study the interior of an active submarine volcano north of New Zealand.

“We are interested in understanding the circulation of seawater and fluids derived from magma within the volcano, and the chemical reactions between the fluids and the volcanic rocks,” Dr. Jamieson explained.

“The data and samples collected during this expedition have also formed the basis of several other research projects within my group, including Sarah Moriarty, M.Sc.’20, a PhD student in my group, and Melissa Mills, B.Sc.’19 — now doing an M.Sc. at the University of Victoria — that are using measurements of different isotopes of sulfur within the rocks cored from within the volcano to study fluid circulation.”

“Because of the international nature of these expeditions, these research projects include collaborations with researchers from the U.S., U.K., France, Germany, Japan, China and New Zealand.”

With a renewed membership, Dr. Jamieson says Canada will be well positioned to participate in the implementation of a new scientific vision for IODP, as outlined in its 2050 Science Framework.