'E' is for Energy

These days, most conversations about energy in Labrador begin with Muskrat Falls—but the history of energy extraction in Labrador really started four billion years ago, with tiny, autotrophic life forms (such as those recently discovered around Saglek). We humans are newcomers, our lives made possible only by billions of years of advances in processes like photosynthesis and fermentation—all of them evolved to harvest the energy in sunlight and environmental chemicals, and so to produce the ecosystems we know today.

Among animals from black flies to humans, eating and breathing are the energy-extraction methods of choice. Indeed human food systems in Labrador continually change, be they traditional, Indigenous, subsistence, or commercial. We also long ago perfected the art of making other animals do our eating, breathing, and working for us—in Labrador, particularly dogs—but our most unique contribution has been technological, beginning with the use of fire.
Burning is not essentially different from eating (in that it converts fuel to heat), but fire allows us to process far more fuel than other animals can manage just by eating alone. A woodpile can store a lot more energy than a bear’s winter fat! And while the technique of out-sourcing our digestion process was not new either—caribou keep archaea in their guts for much the same reason—moving the process outside our bodies was a major step. Thus, from the earliest Maritime Archaic archaeological sites to present-day houses and cabins, wood-burning has proven to be an essential part of human energy harvesting in Labrador—and Canada.

Burning also extends to other fuels, from seal oil in the Inuit Kudlik to the whale oil rendered by the Basques at Red Bay (in arguably Labrador’s first factory). It is also the principal use of petroleum imported into Labrador from abroad. Petroleum drove the military aviation industry that led to the establishment of 5-Wing Goose Bay and still powers most of our communities’ electrical grids—not to mention our vehicles on land, sea, and air. In fact the largest Labradorian-owned business today is principally based in petroleum delivery and transportation.

However, with technology’s massive acceleration of our four-billion-year energy extraction project comes a corresponding increase in pollution. Petroleum-burning is the primary driver of global climate change, which disproportionately affects places like Labrador, and as the contamination of past military sites in Labrador shows, petroleum products can also have more directly harmful local legacies.

Labradorians have not historically neglected renewable energies, either. Both cod flakes and Inuit pitsik-making have long relied on solar power, for example, and the fishing schooner fleets were wind-powered for most of their history. For that matter, our biological advances should not be taken for granted: like many animals, we use sunlight to see.
Of course, “renewable” does not mean “harmless,” and the great controversy in energy extraction in Labrador has undoubtedly been the transformation and even destruction of landscapes for the harvesting of hydroelectric power. Building dams and spillways and generating stations extrapolates our harvesting mechanisms so far beyond our individual bodies that governance, decision-making, and ownership become complicated questions, and hugely important matters for public debate.

Appropriately, only two resources are named in Harry Paddon’s “Ode to Labrador”: wood and water power. The idea of placing a turbine at the foot of the Grand or Hamilton Falls was on the lips of virtually every nineteenth-century visitor to Labrador’s interior, but there was no local demand. In the end it was the world’s appetite for iron after the Second World War that led to hydropower development in Labrador, beginning with the Menihek station on the Ashuanipi River to power iron mines at Knob Lake, and continuing with Twin Falls for the mines at Wabush and Labrador City. Only later on did the provincial government embark on its much larger and more speculative mega-project at Churchill Falls—with dreams of dams at Muskrat Falls and Gull Island to follow.

There are countless ways of looking at hydroelectric development, but whatever else it might be, in some sense it represents the latest step in a larger, overarching project shared across the biosphere, to extract energy from the sun. Plants photosynthesize; we eat plants, and other animals that eat them; we burn plants and their products; and we also use the sun ourselves, either directly, or by harnessing wind driven by temperature gradients caused by the sun, or by using water evaporated by the sun and precipitated into rivers to drive our turbines. Non-solar methods have never taken off in Labrador. Perhaps one day we will put turbines in the sea, and thereby get our power from tides driven by the moon, or perhaps geothermal generation will take off—but in Labrador, the ground is not very warm.

Either way, for better or worse, there may be some valuable humility to be found in the idea that as energy extractors, we stand on the shoulders, not of giants, but of micro-organisms much too small to see. 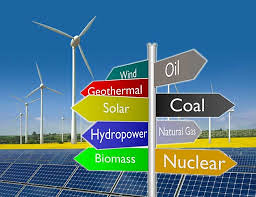