After a few years fighting it, John Michael Bennett can't avoid his destiny any longer.

The recipient of the 2013 CBC Peter Gzowski internship, Mr. Bennett was thinking of applying to law school when then-undergraduate co-ordinator for political science, Dr. Alex Marland (now the Faculty of Arts’ associate dean of undergraduate studies), gently suggested that it might not be for him. 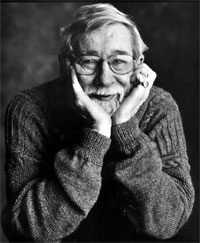 “I didn’t realize the background I was building in journalism until it was built,” said Mr. Bennett, who is editor-in-chief of Memorial University's student-run newspaper The Muse and, until recently, a MUCEP student working with CHMR radio.

He spent his political science internship working at NTV News.

Mr. Bennett received a call from the selection committee while at the gym with his girlfriend, Laura.

“I got the call from Peter Gullage (executive producer at CBC St. John’s) and got off the treadmill to take it outside. When I heard the news I came running back into the gym, jumping up and down and screaming, “ he laughed. “Laura made me finish my workout though because she said we were always finding excuses not to go to the gym!”

Mr. Bennett recently returned from a week-long training trip to CBC’s national broadcasting centre in Toronto, Ont. While there, he and the other three Gzowski interns (from Trent University, McGill University and Simon Fraser University) did some technical training and  met with various CBC broadcasters, including Michael Enright and Jian Ghomeshi.

“Toronto was awesome. It was great to work with people who have been doing this for so many years – they have a lot to teach and I have a lot to learn,” said Mr. Bennett. “Michael Enright has been with the CBC for so many years. He’s very skilled and knows a lot about journalism, which he calls reporting. Meeting him was really cool.”

Mr. Bennett was in the Q studio on May 9 when Jian Ghomeshi recorded his recent essay on the so-called CBC crisis (www.cbc.ca/q/blog/2013/05/10/jians-opening-essay-on-the-so-called-cbc-crisis/). He was so taken by the broadcaster’s words that he convinced Mr. Ghomeshi to put the essay online.

“CBC is at its highest right now in terms of listenership and viewership and Jian is leading the way by connecting with a younger audience,” said Mr. Bennett, who believes that people will always respond to radio.

“People’s stories are super interesting. Radio is definitely still relevant – some places are having difficulty reaching out to younger audiences but media will always find ways to adapt.”

Mr. Bennett will spend the summer working at the CBC in St. John’s.

“I’ll be going and doing whatever they need. I’ve been told by Peter and Mike Rossiter, the senior assignment producer, that they are going to throw me anywhere and everywhere.”