My previous blog was about the Christmas and New Year’s holidays. I’m happy, and sad at the same time, knowing that this semester will be my very last semester in the music program. This time, back to business :).

This semester has been treating me very well, by far. However, being back to “uni” doesn’t mean only being back to routines (classes, hectic life, and boring schedules) and practicing for hours.  This semester has been an interesting one. The School of Music offered students a workshop and concert with The Vancouver Chamber Choir. I took the opportunity, and it was nice to once again sing in the choir, which I had been doing since my childhood up until my secondary school. I don’t have a golden voice, but I’m not that bad at singing :). I had fun, and hoped that they enjoyed singing with me, too.

The MUN Chamber Orchestra also played interesting new music with a MUN alumni violinist who’s now living in Edmonton. We played a peculiar, uncommon, but somewhat memorable Violin Concerto by Schinttke. We performed it very well for the Newfound Music Festival XVI at MUN back in January. For the remainder of the semester, MUN Chamber Orchestra has been working with many MUN vocal students for an opera project. It will be Alice’s Adventures in Wonderland by Will Todd. The rehearsals have been great so far, and I’m looking forward to the successful performance at the end of this semester.

I was also offered to start working with the local Calos Orchestra, under the direction of Grant Etchegary. I’m so excited to work with a community orchestra in St. John’s. I first joined a community orchestra in my home town unwillingly (not my intention to do so). We took a concert trip and listened to a magnificent orchestra in a well-designed acoustic concert hall. I then (accidentally) started to love orchestra, and I had been joining the community orchestra back home in Jakarta, Indonesia, for over 10 years now. I was enthusiastic about this community orchestra; I was active, went to rehearsals, concerts, and even was appointed to be the concert master, the soloist, and once substituted for the conductor during a concert. It is great that I can continue to be involved with an orchestra here in St. John’s.

Speaking of orchestras, the Newfoundland Symphony Orchestra (NSO) also had a really memorable concert with Artistic Fraud of Newfoundland. We performed music about Dr. Jon Lien’s life and his pioneering works on whale rescuing. Dressed in all white, the orchestral musicians shared the stage with a theater performer, with visual and audio projections playing in the background. The concert was beautiful!

Outside of the School of Music, I also have more students to teach – Yay, more time playing with kids! To get more students means that I will commute even more frequently in the upcoming months. To help me commute more often and more efficiently, driving a car was the only thing that came up in my mind. I used to commute to teach violin for 1 hour on the bus (with 1 transfer), and now, it’s only a 10-minute drive from my house; I call it “The magic of a car!”. Back in January, I checked out five other cars, and turned out there were quite a few issues with each, especially rust. By the end of January, I’ve got this clean and smooth-running car, and I’m so happy with it. This car paid off all of the time I had on hunting cars for a month; it’s a reliable and decent used-car. However, there’s one thing I’ll keep complaining about owning a car: everyone knows that it’s unfortunate but we must pay a really high insurance fee in NL. I hope that the premium will get lower for me later on.

Although this is my last semester at MUN, I’m going to stay for another year, or two (or three), in St. John’s after my graduation which will be happening soon in May – and I’m excited about it! But before graduation, my last project at the School of Music is to perform in a graduate violin recital. I have been preparing for this repertoire for a year, and the recital will be on April 13th at 5 p.m. in Suncor Hall (at MUN Music Building). I cordially invite all of you, especially those of you who have followed my blog from the beginning, to come to my recital and celebrate the completion of my interesting 2-year M.Mus. degree at MUN. That said, this will be my very last post for the graduate student blog, unfortunately. However, I enjoyed very much writing these blog posts. It’s been a pleasant time sharing my thoughts as well as reading others’ posts. I thank the School of Graduate Studies as well as my Dean, Dr. Ian Sutherland, who recommended me as a contributor to the School of Graduate Studies blog. I’m so grateful of a heaps of great time I’ve had at MUN and in St. John’s.

Keep in touch, and… Cheers! 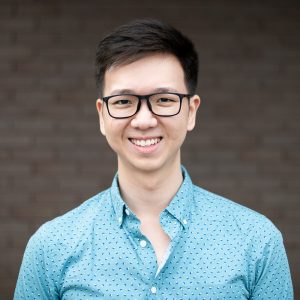 Dave Nathanael is from Jakarta, Indonesia and is completing a Master of Music in Performance and Pedagogy.