Warning: this blog post will include many biking analogies.

A month ago I decided to rent a bike from Memorial’s Bikeshare program. It was starting to get warm-er – “finally” said the Ontarian – I wanted to save money on bus fare and it was a great way to incorporate fitness into my daily routine. Riding my bike every day to school and back, and running errands has given me some much needed breaks from thinking about schoolwork, because when you’re climbing a steep hill, which happens a lot in St. John’s… your research is the last thing on your mind.

But while I’ve been collecting data and working on a poster I’m presenting this week at the 4th International Sclerochronology Conference in Portland, Maine, I’ve found myself thinking about my grad school journey in terms of biking.

My first semester of grad school was like my first week biking in St. John’s. It was my first time riding a road bike, and it was an… adjustment to say the least. I was so confused by the retro gear system I was using, and scared of drifting into traffic while trying to avoid potholes, and I could barely ride all the way up the steep hill before the turnoff to my street. Likewise, during the Fall semester I was so confused by the foreign topics I was learning about – shout out to my pals Bruno Latour and trace elements. I was so scared of failing, but I worked hard climbing the steep hill of grad school demands, and once I made it up the hill, I thought I could do anything.

But then the second semester came along. Like my second week of biking, it was painful, but insightful. My knees and achilles were in agony, but I just kept doing what I was doing before because “my body was just adjusting to biking”. The second semester I had so many things going on at the one time that I struggled to get all the coursework done. I followed the same method I used during the Fall semester, even though now I was trying to climb a steeper hill, in third gear, sitting down, which anybody who’s ever taken a spin class knows is literally torture. As a result, I had to adjust my method, make some compromises.

To fix my body pain, I had to elevate my seat to put less stress on my knees and learn a new method of getting on and off the bike without falling over because I could no longer stop and still be seated. At school, I relieved some pressure by setting deadlines for myself and to-do lists, and I started getting to school earlier and leaving earlier to maximize my most productive hours.

When the Spring semester started, I decided to take a breath and relax from the intensive few months of coursework, and my body thanked me for it. But there were no more classes to push me to keep my wheels turning, the motivation had to come from me, and me alone. My work load felt like it came to a screeching halt. My tires had popped, TRUE STORY IT REALLY HAPPENED, and everything slowed down. I was walking to and from school and mourning my speed. But I just needed to get a new tire, a new motivation. I had to keep my eye on the prize: the International Sclerochronology Conference, where I would meet all the researchers I admire most and impress them by my super cool research. Thank goodness for Canary Cycles downtown and a helping hand from trusty friend Maggie Way who hooked me up with a brand new tire.

So, I’m continuing the climb but it’s a steady climb, and I’m going to keep on turning my wheels with my beautiful red, rough and rusty around the edges bike, “Old Reliable”. 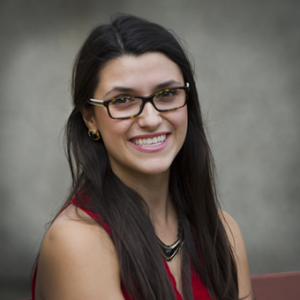 Natasha is from Ottawa, Ontario, Canada and is completing a Master of Arts in Archaeology.