Starting a Ph.D. across the Atlantic at the age of 49 was certainly not something I had always planned, so let me briefly outline the route that took me here. High school teachers corrupted my early interest and love in visual art, which is why I turned to physics after graduation. I made it all the way to my master’s and considered a Ph.D. but realized that physics might be neither my biggest passion nor talent. I tried art school then but again felt frustrated by attitudes and egos. (Of course, that was just an unfortunate experience at that specific school.) So, I essentially became a self-taught artist and developed a research-based practice.

In 2006 I did my first artist residency in Rotterdam, the Netherlands, only a two-hour drive from my home in Dortmund, Germany at the time. After that, I was ready to see the world. Looking for northerly landscapes, I applied for a residency at the Pouch Cove Foundation in Newfoundland and received a positive reply. My stay in Pouch Cove, a former fishing village north of St. John’s, in spring 2007 turned out to be a life-changing experience. But it still took several years and the chance to explore other regions of the globe (and three more residencies in Newfoundland) before I realized that the place was truly special to me.

Newfoundland ceaselessly inspired me and pushed my artistic practice into a field studies-like direction as I found myself collecting stories and conducting interviews all over the large island. In late 2015, then, my partner and I bought a small, pretty derelict house by the St. John’s harbour that we are still busy refurbishing. Shortly after that, I heard about the Interdisciplinary (ID) Ph.D. Program at Memorial for the first time and that a local artist, Pam Hall, had completed it with a project I loved: Towards an Encyclopedia of Local Knowledge. Establishing a second home in Newfoundland, and with a new project idea already in mind, I met with then-director Dr. Jennifer Dyer in summer 2016 to learn more about the ID Ph.D. program. After that, it took me another six months to write a comprehensive proposal of study and find three supervisors who would work with me. (Presenting a minimum of three supervisors from three different departments is a precondition for this program.) Together with a lengthy application process and a deferral for one term while I was waiting for funding, it was not until January 2018 that I started my studies, just after I had celebrated my 49th birthday.

I should note that my master’s in physics proved crucial here as it provided the formal prerequisite necessary for entering a Ph.D. program. Indeed, I am forever grateful for having been admitted with a project that focuses on Humanities and Social Sciences (HSS) and the Arts, although my academic background is in natural sciences. Of course, this is also owed to the fact that Memorial’s ID Ph.D. program is not confined to working across different disciplines from a single faculty but supports university-wide interdisciplinarity. Hence, the admission committee comprised members from all faculties. To me, the ID Ph.D. program is challenging and highly rewarding. One of the program’s biggest strengths – the fact that you have a chance to work in a completely new field – was clearly also the biggest challenge to me as I faced a considerable gap of knowledge in the HSS. It sometimes felt as if the day had not enough hours for the reading I was trying to do, and I know today that I will never fully catch up. I make up for it with my knowledge and experiences as an artist and scientist and the perspectives they allow me to develop. In my eyes, that’s part of what makes interdisciplinarity: being bold and accepting that a broader view that allows us to see new correlations and resonances is necessarily accompanied by gaps or restricted depth in certain details. That doesn’t mean I’m not trying to fill gaps by learning new things every day. But it gives me a certain confidence that, despite my late entry into the field of HSS, my research can be of value because of its profound interdisciplinarity and my multidisciplinary background, combined with the life experience of a 52-year old. (Yes! I’m already in my fourth year of study now and will extend my program for another year.) Of course, this would never work without a multidisciplinary supervisory trio with each member’s expertise striking different chords within my research. Indeed, having the chance to work with and learn from these three and other brilliant people at Memorial is the biggest reward, as it allows me to explore new horizons. 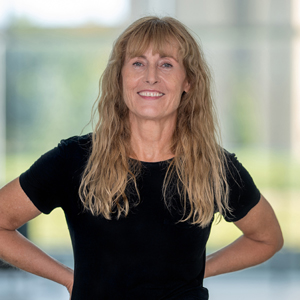