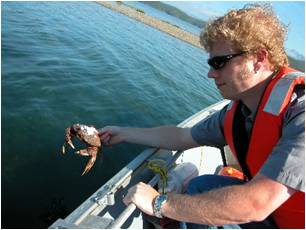 Dan completed his PhD in 2009. He investigated the physiological responses of Dungeness crabs and blue crabs during feeding and digestion in low salinity. Dan published over 10 papers from his PhD work. He currently works as a research scientist at the Pacific Biological Station in Nanaimo, BC

Jennifer completed her MSc research in 2005 investigating the behaviour of postprandial Dungeness crabs to hypoxia. This was a combined lab and field project, most of it conducted at the Bamfield Marine Sciences Centre in British Columbia. She published her work in Marine Biology. Jennifer is currently working for Fish and Wildlife in Florida and completed a PhD on invasive apple snails.

Aaron completed his MSc degree in 2002. He investigated the behavioural and physiological responses of burrow dwelling crayfish to temperature change. He published his findings in the Biological Bulletin. Aaron is currently a faculty member at Portland Community College in Oregon. 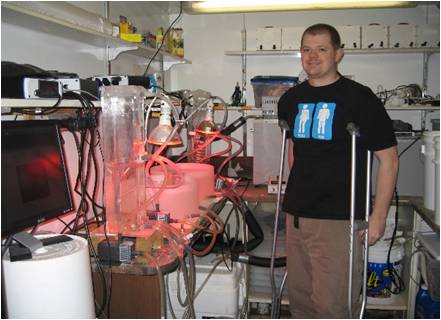 Travis Nielsen obtained his BSc from Thompson Rivers University. He completed his MSc investigating the trade-off behaviours of juvenile lobsters to temperature change in September 2015. He submitted his findings to the journal Biological Bulletin. He is currently employed.

Chantelle Penney was an undergraduate at MUN, she went on to do an MSc in Biology and completed her program on the effects of feeding and digestion in green crabs and rock crabs in May 2015. She has published 2 papers from her MSc research. She is currently doing a PhD on fish physiology at Trent University

Guoqiang Wang gained his BSc from Dalhousie University, Truro campus. He completed his MSc in Aquaculture in February 2015, he has already published 1 paper and has two more in review, all from his MSc research. He currently works for an organic aquaculture operation in Langley BC