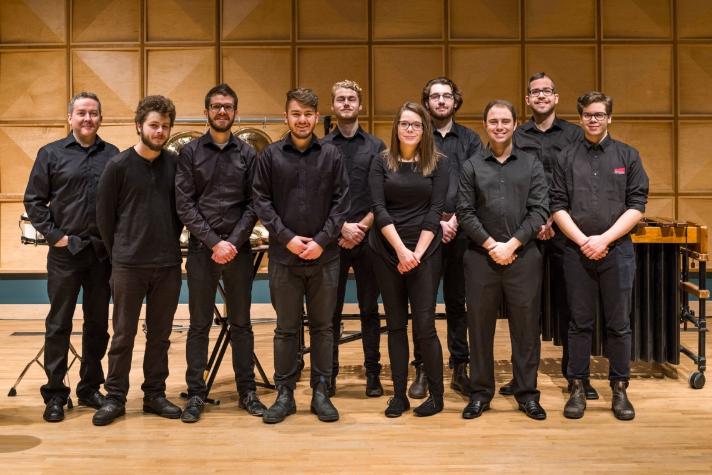 The Memorial University Percussion Ensemble was formed by Don Wherry in the late 1980s, and changed its name to the Scruncheons in 1992. Since 2001, the group's activities have been directed by Prof. Rob Power, a founding member of the ‘original' Scruncheons, and the current professor of percussion at the School of Music.

The Scruncheons have presented hundreds of concerts and workshops, including collaborations with dance, theatre, and the visual arts. The group has toured Newfoundland and Labrador extensively, and has performed with many well known artists and musicians, including Trichy Sankaran, Jerome Blais, John Wyre, The Newfoundland Symphony, the Beothuck Street Players, and the Nain Drum Dancers.

Scruncheons concerts regularly feature improvisation, world music, homemade instruments, contemporary percussion ensemble repertoire and world premieres. Many members of the Scruncheons compose music for the ensemble. They are regular performers at the Sound Symposium and have been heard several times on CBC Radio's Musicraft, as well as nationally on Two New Hours and The Signal. The group will often expand to include up and coming percussionists, former students, and other percussion enthusiasts.