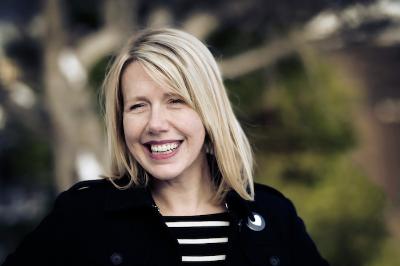 Someone once said, “creativity is intelligence having fun.” Here in Marketing & Communications, I’m lucky to be associated with such a smart bunch of people. Collectively, we work hard to challenge the norms and turn every idea on its head in order to promote higher education in unique ways.

After I completed studies at Memorial University, I earned a Bachelor of Fine Arts at Concordia University in Montreal. Career highlights include working with Ogilvy & Mather in Toronto, with such clients as Jaquar, IBM, Dove and American Express; Acart Communications in Ottawa, its main client being the government of Canada; and Newfound Developers Group in St. John’s, a resort development company that built Humber Valley Resort on the west coast of the province, as well as a resort in St. Kitts and Nevis. With Newfound, I was honoured to pick up a couple of international awards.

But it was when I came to Memorial in 2006 that I quickly realized that promoting higher education was far more rewarding than selling products. I’m proud to have contributed toward Memorial’s brand by helping define the visual identity standards, look and feel, tone and personality of Newfoundland and Labrador’s only university. As well, our in-house team has helped transform the face of Memorial on such initiatives as the Gazette, mun.ca, yearly annual reports and student recruitment efforts, while servicing the many needs of faculties, schools and units throughout the university. Our work has been recognised both nationally and internationally for its creativity, quality and outcomes—something that could only have been achieved with solid teamwork.

In the end, the best part of my job is the camaraderie that exists between like minds working towards a common goal.