On Thursday, November 5th, 2009, the Heritage Foundation of Newfoundland and Labrador’s Intangible Cultural Heritage program, as part of the annual St. John’s Storytelling Festival, is organizing a half-day symposium on how new technologies are being incorporated into storytelling. Several invited speakers will detail how they are using new media or technology to tell the stories of real places.

Chris Brookes will speak about the [Here]Say, a story map of Water street that allows people to listen to stories, via cell phone, about the location they are standing in at that moment. Marlene Brooks brings us news on 3D Virtual World Storytelling, and will explain how Conne River and Cupids 400 Projects are using Second Life to preserve cultural stories of local communities. New York is only a click away: Jedediah Baker will explain how through his discussion of City Lore's City of Memories. Parks Canada is Implementing GPS based interpretation at a number of their sites and Cupids 400 will be launching an iTouch based interpretation of the 1610 archaeological site.

After brief presentations by all invited speakers, an open panel discussion of the potential of such technology, as well as some of the possible problems, will ensue. What are we able to accomplish and what would we like to be able to accomplish with these resources? How can technology help link place and story? Come see, share, and participate!

Free admission to pre-registered participants.
RSVP to Jed Baker at: 737-3582, or by e-mail. 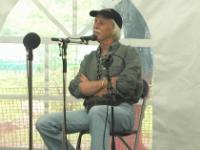 The St. John’s [HERE]SAY project is a story map of the downtown area, featuring personal narratives set in specific locations along Water Street and accessible by cellphone. The project is based on the belief that landscape is comprised not only of streets, buildings, rocks and fields, but of human experience – and that this is what makes up the “character” of a place. Thus, where most city maps provide a satellite view or a graphic layout of the street grid, HereSay is a story map. Chris Brookes will outline the project’s methodology of gathering placed-based narratives, present examples of the St. John’s HereSay narratives, and suggest applications to Newfoundland rural landscapes. 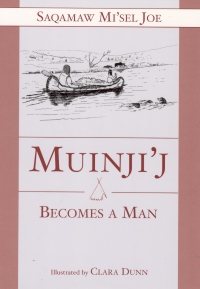 Conne River and Cupids 400 Projects are using 3D virtual world technology for storytelling. The purpose of using 3D virtual technology is to preserve cultural stories of local communities. As a form of graphic storytelling, the use of 3D virtual technologies provides opportunities for those interested to participate in simulation, roleplay and/or learning activities. Through the use of Teen and Second Life, community members of all generations can virtually participate in an environment that enables them to discover and experience traditional and contemporary culture and practices regardless of location.

The cultural story selected for this presentation is 'Muinji'j: Becomes a Man'. The story was written by Chief Mi'sel Joe of the Miawpukek First Nations and published by Breakwater Publishing House. During this presentation we will introduce you to the Story Schoolhouse and explore the virtual Muinjij Island created in Second Life.

If you could look at a map of New York City and not only see it as a place but somehow be aware of the events that had happened there - move them out of their fixed spaces in time and bring them to the present to view once again - the map would be full of representations of the past, covered in dots indicating first kisses, secret hide-outs, amusing experiences, tragic events, and everything else that makes up life.

City of Memory is a website created by City Lore to explore and utilize just that. It is a repository for the entire city's stories and experiences, laid out over an interactive map of New York City. All over this map are dots, each indicating a different story. When you click on a dot, you zoom into the map and a new window opens up, showing you a video, text, or text and an image, presenting a story that happened at the place you clicked.

The stories on City of Memory are a mix of radio pieces with photographs and images matched to them, newer pieces created specifically by City Lore for this website, and stories added by the general public via the website. The site makes it easy for anyone to upload their memories - this is the point of City of Memory: to provide a online repository for anyone who has a story connected to a place in New York to tell it and share it with others.

Explora makes use of handheld computers and Global Positioning System (GPS) technology to deliver location-specific content to hikers. As visitors hike with Explora, they are able to see their location on a map and interact with location-related text, images, sound, video and quizzes. In the summer of 2008, as part of a National Pilot, visitors were invited to use the Explora device on 2 trails at Signal Hill National Historic Site and 1 trail in Kejimkujik National Park. These were the first GPS-triggered guides for Parks Canada, and among the first in North America. The project was evaluated through tally sheets, questionnaires, observation diaries and data collected by the devices. In 2010, visitors will be invited to try Explora at Cape Spear too.

2010 marks the 400th anniversary of John Guy's establishment of Canada's first English settlement in Cupids. Numerous exciting projects are planned to commemorate this occasion - one of these projects is an iTouch mobile learning initiative. Visitors to the Cupids Cove Legacy Centre will be able to enhance the experience of exploring the centre and surrounding areas by using a location sensitive Apple iTouch hand held device. As visitors move through the centre's exhibit floor and the near by archeological dig site of John Guy's original settlement, they will be provided with multimedia rich content through their iTouch devices. This project offers an exciting educational experience for visitors of Cupids and hold a great deal of potential for replication in other facilities. 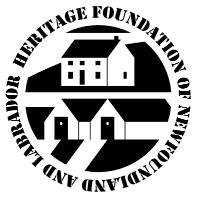