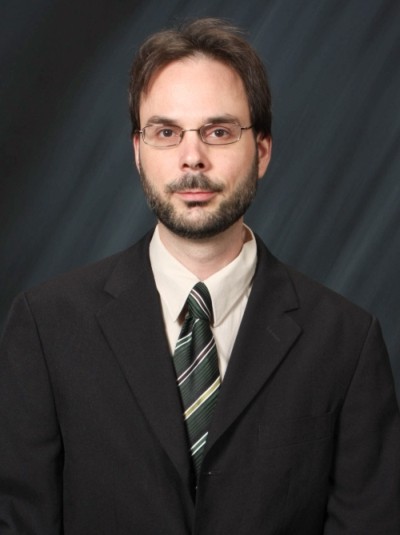 Dr. Sébastien Rossignol's academic work is situated in a time and place that seems, at first glance, quite removed from Newfoundland and Labrador. As it turns out, there is a lot we can learn from how people lived centuries ago in Central Europe.

Dr. Rossignol, who is an assistant professor in the Department of History, studies Medieval Europe, with a focus on Central Europe. His fascination with the field has been longstanding, he says.

"I've always been into history and medieval history," he says. However, much of what he learned about the history of the Middle Ages during his undergraduate education at Université de Montréal focused on Western Europe, he says.

"I was very intrigued about learning about all these other countries that were lesser known in North American academia and history writing."

His graduate studies brought him to Universität Göttingen, located in the German city of the same name, before he returned to Canada for two postdoctoral programs. That work, and his ongoing research as a professor at Memorial, focuses on the Middle Ages in the areas of Europe that are now Germany and Poland, and the cultural interactions between the different nations and groups in that geographical area.

Rossignol's current project focuses on urbanization in the 13th and 14th centuries, looking at the relationship between town and country in Silesia, in the area of the Magdeburg-Saxon legal system – an area of Europe that is now Poland.

Of course, the interactions between humans in urban communities and their natural environments, and the way they view those environments, is a relevant topic today, here in St. John's and around the world. That continuing importance of the study of the Middle Ages is something Rossignol said he wants to show with his research by highlighting the connections of why we study what we study, and what we learn about our societies by comparing past and present times.

"I try to bring attention to how the past and present societies are interconnected," he said.

"We study the past to better understand our world."

Rossignol's interest in urbanization goes back to his Ph.D. studies in Germany and France. Another research area of interest for him is pragmatic literacy, in particular, the history of reading practices – what reading means in different contexts, and how reading as a communication process can be viewed in different ways.

As important as his academic contributions are, Rossignol's contributions to the Memorial University community don't end there. He is an undergraduate liaison for the department and serves as an advisor to several graduate students in diverse fields of study.

And through funding from the Social Sciences and Humanities Research Council (SSHRC), last year Rossignol provided stipends to two Memorial students who did work related to environmental subjects in the Middle Ages.

He plans to go on sabbatical next year in order to complete his own research on medieval urbanization, which is funded by a SSHRC Insight Development Grant.