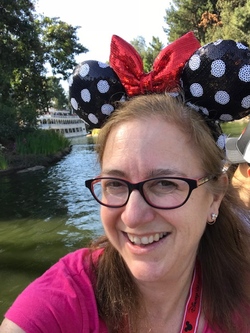 Tana Allen is an associate professor with the Department of Classics. Trained as a classical archaeologist, she is interested in the ways that evidence from all aspects of material culture can inform our understanding of social interactions in the Roman world. The main focus of her research has been on questions of health and potential health care systems as seen in the wide-spread occurrence of ancient Roman healing spas. She has also been investigating the ways that ancient Roman traditions have become incorporated in modern institutions with a particular interest in the use of ancient motifs in Disney theme parks as well as today’s spa culture.

She completed a BA at Amherst College, followed by a MA at the University of Texas Austin. Her PhD in classical archaeology was undertaken at the University of Alberta and looked at the function and design of ancient Roman healing spas. Dr. Allen has also participated in and directed numerous excavations in Carthage, Tuscany, Rome, and Southern Italy. Dr. Allen can sometimes be found doing research in Disney World and even at the Spa at the Monastery in St. John’s!

What first sparked your interest in classics?

As a very small child while exploring our family’s collection of books, I discovered a copy of the well-known 19th century Bulfinch’s Mythology with its tattered blue cover from an edition published in the 1960s. I have vivid memories of trying to figure out what was going on with all the different sometimes bewildering names and stories and not really understanding much of it. Fast forward to my first year as an undergraduate when I happened fairly randomly to take an Ancient Greek course. I really didn’t enjoy it at all, largely because it was extremely fast-paced, but found the whole study of very old things really fascinating.

Although classics at its core is about the study of ancient Greek and Latin, I have actually never excelled at language learning. This has made me open to the possibility of looking to other ways to understand antiquity, including especially the ways that modern experiences are shaped by interactions with the past.

What’s the weirdest/strangest/most surprising place you’ve ever found yourself in the course of your research?

Two weird places are worth mentioning. First, as a graduate student, I was tossed into an ancient Roman water storage cistern in Southern Italy in order to dig its interior. It was basically a bottle-shaped pit about three to four metres deep with a narrow opening at the top. No one else on the excavation team was both small enough and willing to be lowered into this underground structure. Thankfully, I had a hard-hat on and was able to be hoisted in and out pretty quickly as needed.

Apologies in advance for the second location which is the Disney ride, “It’s a Small World.” This iconic ride which is found in nearly all Disney theme parks always includes a scene that is meant to represent the country of Greece. The image that is used is a stylized ancient Greek temple. This is of great interest to me because it is one the ways that Disney uses antiquity to legitimize and verify an otherwise manufactured identity. Every time I go on the ride, I am frantically attempting to get a better image of the display. I have ridden the ride at least 50 times at this point and still don’t quite have what I need! And yes, the song has been stuck in my head for years now.

Right now, I have several different projects on the go. I have just received an invitation to publish a collection of Roman artifacts known as small finds from an excavation in Carthage, Tunisia. These include objects like hair pins and gaming pieces and have been made available for research purposes with a study permit. This is really exciting because small finds typically do not get enough attention in final reports from Roman sites in North Africa. I have already published other material like this and am thrilled to be contributing more to the discourse.

I am also completing a couple of book reviews for one of two journals in Canada that publishes in classics. Each of the reviews gives me an opportunity to get caught up on the latest scholarship in areas of interest to me, namely the way that Greek and Roman ideas appear in modern architecture and ancient medical approaches.

My biggest project at the moment is more focused on the reception of Greek and Roman ideas into the modern world. Specifically, I am investigating the ways that ancient Greek and Roman references appear in Disney Parks. It turns out that the designers of Disney theme parks are pretty interested in images and iconography from the ancient world. There’s even a fair amount of Latin that shows up in Walt Disney World signage! I have been investigating the ways that visual and textual references provide authentication and legitimacy to an entirely fictional and crafted experience. I have spent a great deal of time in Disney parks recording these kinds of references, but thus far I have been focused mainly on North American and Europe. I am anticipating heading to the Disney Parks in Tokyo, Shanghai, and Hong Kong soon.

Perhaps the biggest measure of success for me is the number of past students who continue to have a passion for classics and all things Greek and Roman well after completing particular courses or supervision with me. I am aware of students who are in New Zealand, in the United States, in Britain, and all over Canada, all of whom still have strong connections with the things they encountered in my courses or working as research assistants for me. It is also always remarkably refreshing to bump into students all over the province of Newfoundland and Labrador who recall something about what went on in my classroom.

I am also quite pleased to have been able to be an instrumental part in rebuilding the Department of Classics during a time when it was beset by many difficult circumstances. We now have an active and lively group of people in the department who are really keen to keep expanding the opportunities to discover classics.

Be open to all paths of enquiry because so many questions have yet to be asked.

While there are different strands to my research, a single theme does unite what I am interested in, that is the way that social interactions matter and the ways that we are able to see them. Given this, although my work focuses on content from over 2000 years ago, it can be used to work out similar experiences today and allow people to learn to articulate concerns in meaningful manner.

Well, I’m pretty sure that if I start publishing and posting too much about the classical motifs at Disney theme parks, the Disney corporation is going to come knocking on my door!

In all seriousness, though, the various research projects which with I am involved are at their heart essentially international work. The community of classics is fairly tightly networked; not only are my former students becoming known as they embark on their own careers, but the relatively specific nature of my own research on Disney as well as Roman spas is recognizable in other contexts.

Classics doesn’t always seem like the most obvious of places to reap direct tangential benefits in the world in which we live. Yet, it is quite clear that there are in fact outcomes that specifically address the needs of our province. This mainly stems from my enthusiasm for my research. My keenness for classics and my research projects are often noticed by scholars, students and other people I meet. I would suggest that it is always that case that engaged discussion in any field promotes productivity in other areas. If I can show that it is alright to deeply contemplate and dig into puzzling questions, others might also be compelled to do similar things, but perhaps in their own areas of research.

The work that I do on artifacts and archaeology requires assistance in processing. Students are able to learn specialized skills at artifact management and data acquisition. When working in this area, there is a need both for meticulous attention to detail as well as a broad understanding of the overall picture.

The reception work provides an opportunity for intensive archival research, both on material specifically related to Greek and Roman things but also on more recent concerns. Much of what is needed is available digitally, but not in all cases and sometimes requires more creative ways of obtaining information. Researchers who are able to navigate sometimes complex on-line resources as well as how to interact with large corporations such as Disney are very desirable.

Although it may seem unimportant to do research at places like Disney, it truly provides a way of critically thinking about the experiences we encounter. If we only passively participate in our communities, whether as entertainment or otherwise, we miss the possibility to enhance and improve our lives and the lives of others. Creative approaches in research spark innovative results in all other parts of our lives.