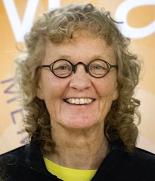 My scholarly interests reflect my interdisciplinary background and fall within cultural studies, critical theory, and critical educational theory. Along with journal articles and book chapters, I have authored several book-length publications in these areas including Marketing Place (Fernwood, 1993), Schooling Desire (Routledge, 1997), and Migration and Education in a Multicultural World (Palgrave, 2009). I am also co-editor of Narratives of Transformative Education (Palgrave, 2008), and Despite this Loss (ISER Books, 2010).

In a recent series of inter-related research projects arising from a career-long interest in the socio-cultural contexts of representation and the expressive culture of marginalized groups, I investigated songs, narratives, poems, and letters composed by and about workers in the forestry sector of twentieth-century Newfoundland and Labrador. I was interested in both acknowledging and revitalizing their little known cultural legacy and inquiring about what their meaning-making practices—or "historic literacies"—suggested about the cultural politics of these occupational identities.

The first publication arising from this research, Mentioned in Song: Song Traditions of the Loggers of Newfoundland and Labrador (MMaP, 2014), is the first recorded collection of locally composed songs of the woods workers of this province. A CD of 27 song tracks (23 rare archival recordings and 4 new arrangements) accompanied by a 90-page booklet, it includes a social history of woods songs, archival photos, song notes and lyrics, a historic timeline, and a glossary. 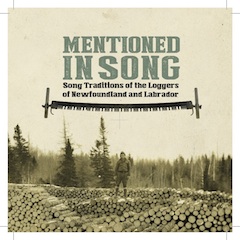 A followup publication, The Music of Our Burnished Axes (ISER Books, 2018), is a complete account of this research project and is co-authored with Dr. Meghan Forsyth. It includes an historical overview, cultural and musical analyses, transcriptions of songs and tunes, and contextual notes on all of songs, recitiations, poems and short narratives identified in my research. A CD to accompany the book that  includes 21  previously unrecorded songs and recitiations performed by some of the province's most accomplished musicians was released in fall of 2021 (MMaP). 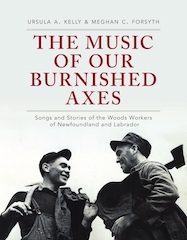 I have also  completed a study of the Newfoundland Forestry Companies, a small military, non-combat unit of the Royal Newfoundland Regiment that served in Scotland in the First World War and harvested timber to support the war effort. The Foresters' Scribe (ISER Books, 2020) tells the little known story of these foresters through the letters of Regimental Quartermaster Sergeant John A. Barrett. The book includes an analysis of the formation and contribution of the unit and a discussion of its significance in the Great War history of Newfoundland and Labrador. It was shortlisted for the 2021 Newfoundland and Labrador Book Awards (non-fiction). 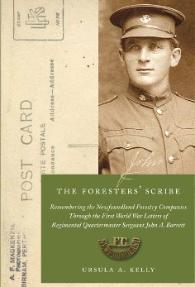 Other published installments in this research series include a travelling exhibit about the foresters of Newfoundland and Labrador who served in the United Kingdom during the First and Second World Wars. Songs and Stories of the Forgotten Service (2018), also co-produced with Dr. Meghan Forsyth, is permanently installed at key locations in Scotland where the foresters worked. I am also a contributing guest editor of a special themed issue of Them Days Magazine entitled "Songs and Stories of the Woods Workers of Labrador" (2021).