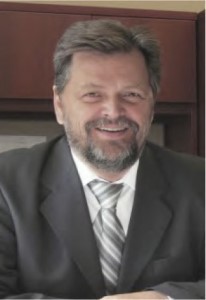 Dr. Kirk Anderson is a Professor of Educational Administration at the Faculty of Education at Memorial University of Newfoundland. Born in Shoal Brook and raised in Corner Brook, Dr. Anderson comes from a family with Mi’kmaq and Inuit ancestry. He is a member of the Mekap’sk (Northern Peninsula) Mi’kmaq Band.

Dr. Anderson holds undergraduate and graduate degrees in science and education from Memorial University of Newfoundland. He also holds a Ph.D. in educational administration and leadership from the Ontario Institute for Studies in Education at the University of Toronto. He has been a teacher and principal in four schools in Newfoundland and Labrador. During his time as a teacher and principal, he was active in serving the school district and Newfoundland and Labrador Teachers’ Association (NLTA). He served as the Branch President of the Sandwich Bay Labrador Branch, Provincial Small Schools’ Special Interest Council President, School Administrator Council Western Region President, and served as part of NLTA Collective Bargaining Team. In 2017 he served as a panel member on the NLTA Panel of Public Education.

Kirk is the former President of the Association of Canadian Deans of Education and former Vice President (Anglophone) of the Canadian Society for Studies in Education. He served as Dean for the Faculty of Education from 2011-2019. In 2012 he was appointed as a member of the University of the Arctic Indigenous Issues Committee.

His primary university research areas are school leadership and school effectiveness. He has also conducted significant research into success in Indigenous (Aboriginal) education and has worked on various international projects. He currently serves on a number of national and international research groups. His most current work is research into Canadian Perspectives for Teacher Development in the North (An Inuit and Sami centric view).