Atlantic Association for Research  in the Mathematical  Sciences 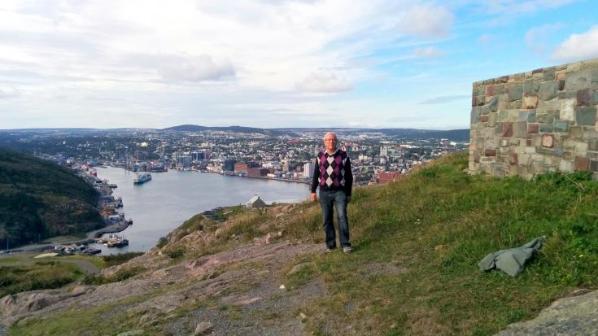 From September 13 – 19, 2014 Professor John Wilson of Oxford University, United Kingdom, will be visiting the Atlantic Algebra Centre at the St. John ’ s campus of the Memorial University of Newfoundland. Professor Wilson will deliver a mini-course entitled “Branch groups: theory and practice” (see abstract below). He will also give a Distinguished Colloquium “Non-standard finite simple groups” (see abstract below). The lectures of the mini-course will be accessible to graduate and honours undergraduate students. The Distinguished Colloquium is designed for a general mathematical audience.

Professor John Wilson is a celebrated mathematician working primarily in the Theory of Groups. He is a founder and Editor-in-Chief of De Gruyter “Journal of Group Theory”.

From 2004 to 2010, he was Professor of Mathematics, Oxford University. On retirement from this position, he became a Departmental Research Fellow in the Mathematical Institute, Oxford. He is also a Fellow of Christ's College, Cambridge.

Everyone is invited! We plan to provide partial support for students from Atlantic Canada. Please email a recommendation letter from your supervisor at aac(at)mun.ca

Abstract of the mini course

Branch groups have attracted great attention in the last 30 years, after the appearance of examples with exotic properties answering a number of quite diverse open problems. Associated with them there a rich structure theory. These lectures will describe some of the principal examples, and recent developments in the structure theory.

Abstract of the Distinguished Colloquium

All lectures and colloquium are being held on Monday, Wednesday, Friday from 3 - 4:30 pm in the room A-1049 of Arts and Administration building.